Developed by Asobo Studio and published by Xbox Game Studios, Microsoft Flight Simulator is one of the most realistic and biggest open-world games of all time. Released in 2020, the map spans the entirety of planet Earth.

Unsurprisingly, the title went on to win the Best Sim/Strategy Game at The Game Awards 2020, thanks to its impressive visuals and engaging gameplay. But in the last few months, players have experienced issues such as the Xbox controller not working and live weather causing performance problems and crashes.

And after the Sim Update 9, many were complaining about FPS drops and performance issues. Players were angry because of inconsistent frame rates after the SU 9 patch.

Microsoft had acknowledged the problem and said they would resolve some of the issues in an upcoming patch.

Fast forward to yesterday and the developers released the update to Microsoft Flight Simulator version 1.25.9.0. The patch notes indicated that some stability issues had been addressed.

But many Microsoft Flight Simulator players soon started reporting that the latest hotfix did not address FPS drops and performance issues.

I get a similar result with the loss of frames. However whenever I look down and then outside the camera hangs and it stutters. Sometimes the dropped frames causes me to be looking completely the wrong way. Like the mouse and view gets hung for a split second. Happens everytime going from looking down at the controls to looking outside.
(Source)

Have experienced the very same issue here. Select a long flight and engage auto-pilot, say if doing a flight from Orlando (USA) to OR Tambo in South Africa, flying Boeing 747-8. (About a 15hr flight, using default plane) Fps eventually drops after a few hours from 60Fps down to about 14Fps… GPU usage drops to around 18% +/-… I have checked all power saving options in Windows, and turned off whatever power saving options there are, but this does not help…
(Source)

Unfortunately, Microsoft Flight Simulator developers are yet to comment on the FPS drops and performance issues that persist after v1.25.9.0 hotfix.

In the meantime, those experiencing frequent stutters can try a workaround that seems to be working for many. It requires users to modify a value in the Windows Registry so make sure you proceed with caution.

We hope they address the FPS drops and performance issues in the next update. Until then, we will be keeping tabs on the matter and let you know once the fix is out so make sure you stay tuned for more information. 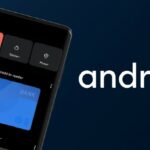