The battle royale game segment is currently full of many interesting options. However, some titles still stand out from the crowd, like Bloodhunt.

Bloodhunt bets on a setting inspired by the tension and terror of the ‘World of Darkness’ universe stories. So, it moves away from the classic ‘cartoonish’ look of Fortnite and the ‘realistic’ look of others like Warzone.

The game is available free-to-play on Windows OS devices and PS5 consoles. Also, it is compatible with crossplay matches between both platforms.

However, there are some issues with multiplayer that require a fix for an optimal experience. For instance, many players recently reported being unable to invite friends to matches.

According to multiple reports, the issue primarily affects ranked matches. The game is forcing PS5 players to activate the crossplay option if they want to find ranked matches (1, 2, 3, 4, 5, 6, 7, 8).

PS5 Ranked queues, can anyone give insight?

Has anyone been able to find a ranked game with cross play off? I’ve seen a ton of reports of people waiting in 20+ min queues for bronze. I am curious to if ranked is even activated on console. I don’t mind playing cross play in games that aren’t very disadvantaged towards console. Capped at 60 frames and poor aim assist because of lack of frames makes fighting MnK users tough.
Source

Other game modes reportedly work fine even if players have ‘crossplay’ turned off.

Ranked with Cross Play Off

Can we get any official word from the devs on ranked without cross play on. Does this intentionally not work, is it bugged? Will this be fixed/changed? I have no problem finding matches very quickly in other modes without cross play but in Ranked it is seemingly not possible. I was so excited to grind ranked but getting forced into PC lobbies kinda ruins it.
Source

So, Bloodhunt players on PS5 are experiencing the classic problems of other action games that support crossplay between console and PC.

That is, PC gamers will always have an advantage because of the dozens of additional settings they have. Also, the keyboard + mouse combination is usually much more accurate in these types of games.

The potential cause of the problem

According to some reports, the problem could be due to the lack of enough PS5 players who have crossplay disabled in ranked games.

From what I’ve gathered they’ve said it’s because the population for PS5 players with crossplay off playing ranked is too low and I believe they should have some updates regarding ranked this upcoming week.

Personally I don’t think crossplay should be on by default and I understand that may drop the pop. for pc but the differences are too great for it to be enjoyable for the vast majority of console players.
Source

We will update this story as new developments emerge on the matter.

02:24 pm (IST): Bloodhunt support has confirmed on Twitter that they are still working on disabling crossplay for Bloodhunt Ranked. However, they did not provide any ETA for the same.

12:55 pm (IST): Bloodhunt devs have updated the matchmaking system to reduce wait times and make it fair for console players who are forced to play against PC players.

05:47 pm (IST): Bloodhunt has informed players that they have re-enabled the crossplay shortly after removing it. 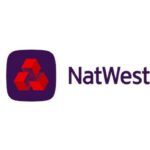