Original story (from May 01) follows:

Earlier this week, SpaceX and Tesla billionaire Elon Musk added another toy to his collection – Twitter. All it took him was about $44 billion, a small chunk from his massive net worth of over $240 billion.

Following the acquisition, Elon was quite clear in his press release regarding the direction he’d like Twitter to take going forward. While free speech is high on his list of priorities, Elon Musk is also expected to ring a series of changes as he looks to steer Twitter towards a much more inclusive and profitable entity.

Besides loosening content moderation, the new Twitter owner is also determined to make the platform’s algorithm open source, allowing other Twitter users to contribute to the code with changes and features they want.

Elon Musk has also vowed to fight spambots. These have become annoying lately, especially with the booming worlds of crypto and NFTs. But the major highlight is the addition of an edit button.

Of course, Twitter had already confirmed plans to add an edit button, but Elon’s takeover might just hasten the process.

There’s probably plenty that Elon has in store for Twitter that he’s yet to make public. And while not everyone is excited about this takeover, I’m pretty much pumped up and ready to see what’s coming.

Granted, here are some of the things I’d like to see Elon Musk change or bring to Twitter now that he’s at the top.

Consistency between iOS and Android apps

If you’ve used the Twitter app on both Android and iOS, you must have noticed the optimization differences between the two platforms.

Whereas the iOS app is more polished and runs smoothly, Android users have to deal with a jittery app that is often buggy. Worse off is that some iOS features are not available on Android.

For instance, iOS users can search their Spaces using a dedicated search bar that appears at the top of the page while Android users don’t have this function.

Another inconsistency between Android and iOS Twitter apps is the compose button. When you tap the “+” button to compose a tweet on iOS, it takes you straight to the text area for composing a tweet.

On Android, the same button opens another menu with four options (Tweet, GIF, Photos and Spaces), which you again have to choose from. I wonder why Spaces also appears here despite having a dedicated button at the bottom.

Another UI difference is the presence of a dedicated “About” section on user profiles. This is where you find location details and the date a user joined the app.

For some reason, this isn’t on iOS. Instead, these details appear just below the username/handle and description on the same page as everything else, thus cluttering the little space.

Last but not least, it’s about time iOS and Android Twitter users get the same treatment when it comes to testing new features.

More often than not, iOS users get the nod to test new features. These features are later rolled out widely to not just other iOS users, but also Android users who never had a chance to try them.

Without publicly testing upcoming features on Android, the functionality is often broken, inconsistent and buggy at times – things that proper prior testing on all platforms would have solved.

The result is often some minor differences in the way the app works on either platform like with the case of Spaces search bar and About sections, among other features.

Ever since its launch, Twitter Blue has remained a preserve for the few who can not only pay, but also live in specific regions.

This means even if you are willing to pay for it, you can’t use it unless you reside in one of the supported regions, namely the US, Canada, Australia, and New Zealand.

With inclusivity among Elon’s agenda, it’s a high time Twitter Blue became universally available to anyone who’s willing and able to pay regardless of their country of residence.

As pointed out earlier, Elon Musk is hellbent towards fixing the mess brought about by spams and Twitter bots. But how will he achieve this? Well, one way is by verifying every human that uses the app.

In its current form, the verification process only takes into account “prominently recognized individual or brand” as the major metric. This needs to change, and I’m glad Elon Musk has also touched on this as well.

TweetDeck needs a major overhaul. Despite its importance, it has been neglected for quite some time. Just last year, Twitter said it was testing a preview of the overhaul expected to grace the app, but it’s yet to go live.

We’re testing this preview with a small group of randomly-selected people in the United States, Canada, and Australia to start. If you’re eligible, you’ll see an invitation within TweetDeck to opt in.

The fact that TweetDeck could end up as a paid-for service on Twitter Blue further adds more weight to the earlier argument that Twitter Blue should be available globally, for everyone.

If a video isn’t available in my region, so should the tweet

Twitter users can geo-lock videos such that only people in the allowed regions/countries can watch it. This is a common practice used by streaming platforms to manage licensing rights limitations.

I have no problem with Twitter accounts that geo-lock their videos to certain regions for whatever reasons. My major gripe with this model is the fact that the tweet attached to the video still appearing even in the ineligible countries.

As a result, you end up with a tweet with an attached video that you can’t watch due to geo-restrictions. This can be quite irritating, and it should be dealt with.

If I can’t watch the video due to location restrictions, the tweet associated with video shouldn’t appear on my timeline. Period.

Quoted reply is the only feature that makes using Twitter DMs such a pain in the neck. There is no way to reply to a specific message in a string of messages that you exchange with a follower.

This can easily get the chatroom messy since there is no way to tell which message is being responded to. If you’re on WhatsApp or Telegram, you surely understand how useful the quoted reply function is.

Hopefully, Elon Musk will make it happen alongside other goodies he might be lining up for Twitter users. I’m truly excited for what’s coming, but I can only hope for the best.

Let us know your thoughts on Elon Musk’s Twitter takeover and the changes/features you’d like to see in the following poll or in the comments section at the bottom.

The results for the poll are out, with majority of those who voted (over 55%) agreeing that Twitter should introduce an Edit button. While around 33% hit the ‘Verify all humans’ button, the remaining opted for the ‘Quoted replies in DMs’ option.

In case you missed the poll, you are welcome to drop your thoughts in the comments section at the bottom. 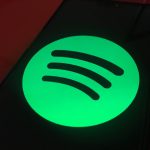