Rebranded as the Meta Quest 2, the Oculus Quest 2 is a VR headset developed by Facebook Reality Labs. It was officially unveiled during the Facebook Connect 7 in September 2020.

While the device has been praised by users for its upgraded internal specifications and display offering higher refresh rates, it was criticized by many since it required users to log in using their Facebook credentials. However, a few days ago, users complained about black screen issues after the recent v39 update.

Adding to the trouble, Oculus Quest 2 users are now reporting that they are stuck at 72Hz refresh rate. It looks like the problem surfaced after the v39 update.

Many say they tried reinstalling the software and rebooting their PC but to no avail. You can see in the image below how the Oculus Quest 2 is stuck at 72Hz refresh rate after updating to v39.

After v39 update, Meta Quest 2 display goes black on boot which goes away after pressing power button twice. The bigger issue is the headset is now stuck on 72 hz and is the only option, even when using Quest 2 PC app settings to make changes. There is no more 90hz or 120hz, not even in experimental features. I have done factory data reset and using Sidequest to force refresh rates does not work either. I reached out to Oculus support and they said I need a replacement. This happen to any1 else?
(Source)

I play all my games using virtual desktop & steamVR. I noticed a difference while in game, my movement felt kind of sluggish so I checked the options on virtual desktop and there was no 120hz. It has the option for 90hz and I looked for it in the settings app under experimental on the headset and it’s like it was never there. I might sound spoiled, but I’ve grown accustomed to 120hz and anything less than that is immersion breaking for me. If there’s anyone that knows of a way to get it back, I would appreciate the assistance.
(Source)

Thankfully, Oculus support has commented on the Oculus Quest 2 issue where users are stuck at 72Hz refresh rate and said they are investigating the problem.

Hey y’all! Just wanted to drop in and make sure you all know we’ve seen your post. Currently, there isn’t an update but the team is looking into this. Also, for the quickest updates, please check out this pinned thread. Thank you!
(Source)

We hope the developers soon fix the problem as soon as possible. When they do, we will be updating this space to let you know so stay tuned for more information.

06:14 pm (IST): Here’s a workaround suggested by a user that may help you resolve this issue. If you are still facing this bug, then you can try and see if it helps.

Note: We have more such stories in our dedicated Virtual Reality Section so be sure to follow them as well. 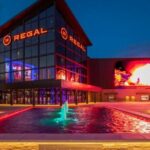