Twitter is one of the most popular social media platforms in the world. Founded in 2006, the microblogging platform has more than 217 million monthly monetizable users as of February 2022.

It also happens to be the 9th most visited website on the internet and generated $5 billion in revenue last year. Recently, Twitter management agreed to a $44 billion buyout deal by the CEO of SpaceX and Tesla – Elon Musk.

But as is the case with online services, issues such as users not being able to mute conversations and the app scrolling to top with back button have ruined the experience for many.

Users said they tried clearing cache, app data and reinstalling Twitter but nothing helped. Below are few reports from Twitter users who are unable to view tweets and are getting ‘This tweet is unavailable’ error message.

There’s a Twitter bug that shows some tweets as “unavailable.” It doesn’t appear to be directed at one subject area … it’s popping up on random topics like Star Wars, the new Doctor Strange movie, Governors Ball, SCOTUS/Roe, everything. @TwitterSupport
(Source)

Yes, I’ve been seeing this for some time. It often happens when someone quotes another tweet – the quoted tweet appears “unavailable” in the web UI timeline view. Clicking on the quote tweet or “unavailable” tweet remedies the situation. But, yeah, annoying.
(Source)

Thankfully, Twitter Support has acknowledged the problem and said they are working on the issue where users are getting ‘This tweet is unavailable’ error message. But there is no timeframe on when it will be fixed.

Sorry for the frustration. Our team is aware and looking into this. We’ll reach out if we have any questions.
(Source)

As it turns out, clicking on the tweet or opening the profile makes the tweet visible once again.

We hope the developers soon find out the root cause of the problem and fix it as soon as they can so those affected are able to use the platform once again.

Rest assured, we will be keeping tabs on further developments on the matter and update this article as and when we come across more information so stay tuned to PiunikaWeb. 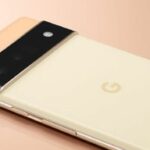