Based on the Lego Star Wars line of toys, Lego Star Wars: The Skywalker Saga is an action game developed by Traveller’s Tales and published by Warner Bros. Interactive Entertainment.

The title adapts all nine entries in the Skywalker Saga and also features some additional characters that are part of the DLC. While players have praised the game for its visuals and storyline, bugs such as broken ‘Missing Pieces’ and ‘Hunt of Jango’ missions and players unable to talk to Maz in her castle have negatively affected the gameplay experience for some.

Adding to the list of problems, Lego Star Wars players are now complaining about missing Kyber Brick on some planets (1,2,3,4,5). The issue is frustrating a lot of players since it is preventing them from completing the game.

Some say they tried restarting the game, verifying files and reinstalling it altogether but nothing seems to help with the problem. Here is what some Lego Star Wars players have to say about the missing Kyber Brick on some planets.

Chapter 2 – Almost cleaned everything up in Mos Espa. There’s a small side event where you have to find 5 little droids. After finding them I got the brick needed but the marker kept on the map.. Reloaded the game and now the brick marker went back into the house were the event starts. Ofcourse nothing happens this time but my brick count is stuck on 32/33 :facepalm:
(Source)

anyone else experienced glitches with kyber crystals not loading? I’ve had 2 Kybers completely glitch on me and also a ship token so I cannot hundred percent the game (Jedi Temple and coruscant to be exact) does anyone know what I can do about it? I’m a completionist but I’m not gonna bother sinking anymore time into it if its gonna do this
(Source)

Unfortunately, we are yet to come across any official word from Lego Star Wars developers about the missing Kyber Brick issue. We hope they soon find out the root cause of the problem and fix it in a future update.

As always, we will be keeping tabs on the matter and update this article as and when we come across more information so make sure you stay tuned to PiunikaWeb until then. 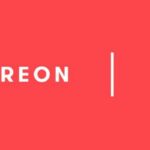 Windows 11 System tray icons gone or missing after Insider Preview 22610.1 update is a known issue, but there's a workaround