COD: Warzone is currently one of the most popular battle royale games. It is set in the Call of Duty franchise, so it inherits recognizable elements like characters, weapons, items, etc.

COD: Warzone has its own gameplay mechanics. However, players have also discovered ‘tricks’ by taking advantage of glitches or bugs.

One of the most popular moves among experienced COD: Warzone players is the ‘slide canceling’.

However, after a long time, the popular COD: Warzone slide canceling exploit could be removed in the near future.

What is the COD: Warzone slide canceling exploit?

Slide canceling avoids the loss of ‘momentum’ that occurs when changing to a crouched position. Consequently, you can continue sprinting even after performing a slide.

To do a slide canceling, the steps to follow are as below:

Warzone team wants to remove the exploit, but the community will decide

Ted Timmins (Warzone Creative Director) revealed that the company is aware of the COD: Warzone slide canceling exploit, and that he has personally wanted to remove it from the game for almost a year.

The Warzone Creative Director recently solicited feedback on the issue from players. And if the majority of comments are against the exploit, the Warzone team will discuss the best way to apply a fix.

In all seriousness you’ve seen how much we listen to the community so if the community wants slide cancelling gone from Warzone, we would discuss its pros and cons internally and make a change for a future update.
Source

Currently, player opinions on the matter seem divided. There are comments both for and against, and they all have their motivations.

COD: Warzone players who want to keep the slide canceling exploit argue that the vanilla running mechanic is ‘bland’ or lacking. So, the extra acceleration that slide canceling offers makes the game more fun for them.

Of course its not the only way and it wont change much if its gone, but the bland running mechanic of warzone/cod is not enjoyable anymore, slide cancelling makes it fun and gives another way to improve your gameplay ability
Source

Slide cancelling with auto tac sprint are the things that make warzone movement so much fun and feels sharp. Just running around the map would be no fun for anyone and it also makes it hard to finesse players who pre aim or sit in corners
Source

On the other hand, players against slide canceling exploit point out that it allows less skilled players to gain unfair advantages over others, in addition to creating a big skill gap between more skilled players.

Slide cancelling allows players will less gun skill to gain advantage over others,gives advantage especially to those who buy a scuff controller or similar,the point of the game is gun skill and accuracy,feel slide cancelling more just an annoying exploit.
Source

At the moment, Warzone players can only wait for new official pronouncements. It seems that there is still time to know what the fate of the slide canceling exploit will be.

[Update: May 3] Google Pixel 6 screen randomly waking up even with 'Wake screen for notifications' & 'Lift to check phone' disabled (workaround) 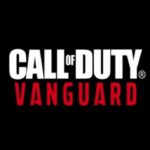