[Updated] COD: Warzone Solo Contracts disabled to investigate issue where players were unable to find contracts or loot for contracts

COD: Warzone, the battle-royale set in the Call of Duty franchise, received the Season 3 update a few hours ago with a lot of new content.

According to multiple reports, many COD: Warzone were unable to find Contracts or loot while playing Solo battle-royale mode (1, 2, 3).

COD: Warzone Solo Contracts and loot were missing for many after Season 3 update

COD: Warzone Contracts are small events that appear during matches. They challenge you to complete a specific objective to obtain a reward.

However, after the COD: Warzone Season 3 update, Solo Contracts were completely missing for many players. Also, there is almost no loot scattered around the map.

Wtf is wrong with the game???

The new update is garbage (or at least for solos that’s all I’ve played). There’s literally ZERO LOOT ANYWHERE. AND NO SOLO CONTRACTS THE ENTIRE GAME. I’m assuming it’s a bug but if it’s not I’m uninstalling the game solos is all I play and I like to play aggressive but nobody I kill has any plates or any money because there’s no loot and no contracts so I’m spending 90% of the game with no plates on trying to scrounge enough money to buy some.
Source

Solos broken? No Contracts/barely any loot

Just dropped into 3 games after the update and so far each one didn’t show any contracts on the map and there’s barely any loot available. Anyone else having this issue?
Source

The COD: Warzone Season 3 update also brought a new contract type: Sabotage. This contract is based on stealing a specific vehicle.

However, it seems that the implementation was not as good as it should be. Many players complained that the contract was frustrating and too easy to lose due to mechanics that needed polishing.

Just an FYI, the helis can be the target vehicle, and another team can easily take it and fly off with it.

Also if you steal it from them, fly off, and ditch it in the air to blow it up, if another team puts one bullet into the heli before it blows up, then the contract will get poached.

That is all!
Source

Raven Software was quick to respond to user complaints about issues that were affecting contracts. So, they decided to disable all contracts in Solo mode while they investigate the situation.

❗️ We have temporarily disabled Contracts in Battle Royale Solos while we investigate an issue.
Source

Then, if you currently don’t have any contracts available while playing Solo battle-royale mode, it’s not a glitch, but an expected behavior, at least until the company manages to fix the issues.

We will update this story once new details about the matter emerge.

02:04 pm (IST): Raven Software has confirmed on Twitter that they have resolved the issue with Contracts in COD: Warzone.

Valorant players complain of unfair matchmaking, no fix in sight yet 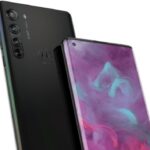