Despite smartphones becoming powerful every year, there are only a handful of games that use Augmented Reality. One of the most popular in the niche is Pokemon Go.

Released in 2016, the free-to-play title is published by Niantic. The game had somewhere around 166 million players as of 2020. 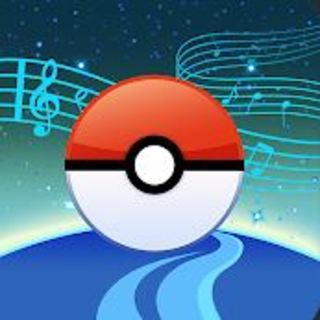 Having said that, various issues such as incense not working or push notifications displaying placeholder text have negatively affected the gameplay for many in the last few months.

Adding to the trouble, Pokemon Go players are now reporting (1,2,3,4,5) that the number of candies required to evolve Pokemon has increased all of a sudden.

Many are wondering if this is a bug or an intentional change. In some cases, the number of candies required has doubled.

Generic troubleshooting steps such as clearing app data and cache and reinstalling the game altogether haven’t helped either. You can see in the image below the increase in number of candies Pokemon Go is asking for to evolve certain Pokemon.

As it turns out, it is just a visual glitch with players reporting (1,2,3) that the number of candies required hasn’t increased.

Visual glitch. Clearly you don’t have that much candy but the button is still green. When you hit evolve it will take the right amount of candy. This bug has been posted dozens of times already.
(Source)

Yeah, but it’s only a visual glitch, it actually allows you to evolve it if you have 200+ candies. Visually annoying for sure, but doesn’t mess up with the game
(Source)

Fortunately, Pokemon Go developers (Niantic) have acknowledged the visual glitch where the number of candies required to evolve Pokemons might have increased for some and added it to their list of known issues.

The number of candy needed to evolve some Pokémon is visually obscured.
Issue description: For Pokémon that can be evolved after trading, the number of Candy needed to evolve them is overlaid with an incorrect number. However, this issue is only a visual bug. The correct number of Candies will be consumed upon evolution.
Issue status: Resolved in upcoming release (0.235). In the meantime, if you have difficulty reading the correct number, please reach out to our support team and we can help.
(Source)

Moreover, it looks like the problem will be fixed in the upcoming 0.235 update. As always, we will be updating this space when the issue is fixed, so stay tuned to PiunikaWeb.

In the meantime, be sure to check out our Pokemon Go bug tracker to see similar issues affecting players.

06:17 pm (IST): Pokemon Go players are getting a new update with version 0.235 and it brings a fix for the candies issue. Xbox achievements not unlocking or broken for multiple games? You're not alone