Sonos is a popular name when it comes to multi-room audio systems with many using its smart speakers equipped with virtual assistants.

Speakers from Sonos offer support for Google Assistant, Apple Siri, and Amazon Alexa. However, users have been facing some issues while using Alexa on their Sonos system.

While users say that the Sonos speakers are not responding for Alexa voice commands, other outline that they are getting the “having difficulties, try again later” response.

The issue appears to be widespread but affected users may not have to contend with it for too long.

@Sonos Anyone else having problems with #sonos speakers not responding to #alexa commands?
Source

@Sonos Ello, any update on Alexa not listening to me? She makes me feel like I’ve done somethin wrong, says try agen later
Source

This is because Sonos support has acknowledged the issue stating that they have identified the problem with Alexa not working with Sonos systems.

Also, Sonos is working with Amazon to fix the problem and users will not be able to use voice commands until the issue gets resolved.

The problem with Alexa Voice Control not working is still listed as active on the Sonos status page. This might mean that a fix will take some time to arrive.

However, this is still based on our speculation as Sonos support has not provided any ETA for the fix.

This issue is inconveniencing Sonos users as they are unable to control music playback using Alexa voice commands.

Hopefully, Sonos and Amazon resolve this problem soon so that people can once again use Alexa on their smart speakers.

10:59 am (IST): Many users are again reporting (1, 2) this issue where Alexa voice control is not working. Fortunately, Sonos support has acknowledged this problem and said that they are investigating it.

06:02 pm (IST): The official status page of Sonos has now confirmed that the issue with Alexa voice control has been fixed.

NOTE: There are more such stories in our dedicated Amazon and smart speakers sections so be sure to go through them. 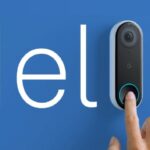 [Updated] Some Google Nest Hello users say the coating is peeling off their doorbells; issue likely a design flaw 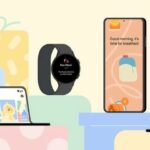