Fortnite Wu-Tang banner not showing up for some, no fix in sight yet

Developed and published by Epic Games, the same company that owns Unreal Engine, Fortnite is a Battle Royale title that was launched in 2017.

While many might argue that Fortnite is dying, the 3+ million people that play the game daily indicate that is not the case.

Unsurprisingly, the developers often update the game and introduce new content in the form of cosmetics, weapons, and map changes. But sometimes they cause issues such as skin physics not working properly and broken matchmaking on some Creative maps.

While Epic Games is already working on fixing the aforementioned issues, Fortnite players are reporting (1,2,3,4,5) a new problem where the Wu-Tang banner is not showing up for some in their inventory.

In case you are unaware, Fortnite recently collaborated with the artist and introduced several items that include two outfits, emotes, sprays, a loading screen, and a banner along with some other content.

Some say they tried restarting the game a couple of times to see if it shows up but it didn’t help. Below are some reports from Fortnite players who are missing the Wu-Tang banner in their inventory.

There is an issue where people who purchased the gear bundle cannot find the Wu-Tang banner in their banners including myself. I saved it on a loadout and now it’s not showing up in my banners at all
(Source)

Hey guys! I just purchased the Wu-Tang bundles and was able to equip the banner icon after buying it. However, upon restarting the game I’m unable to find the banner icon in both BR and STW. I’ve combed through the banners numerous times, still unable to find it. Is anyone else able to replicate this? I’m wondering if it’s just me or if it’s a problem with the banner itself. Thanks!
(Source)

As it turns out, Fortnite developers are yet to acknowledge the issue. We hope Epic Games soon find out the reason why the banner is unavailable and fixes the problem as soon as possible.

Until then, we will be keeping tabs on the matter and update this article as and when we come across more information so make sure you keep checking this space.

In the meantime, make sure you check out our dedicated Fortnite bug tracker to see similar issues affecting players. WeTransfer down or not working (unable to download or upload files), issue acknowledged 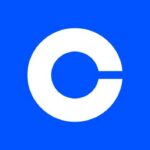 [Updated] Coinbase down or not working? You’re not alone