Epic Games launched Fortnite in 2017, although its ‘popularity boom’ occurred after the company implemented the battle-royale mode, making it the most popular game in the genre today.

To keep players engaged, Fortnite is constantly being updated with new content. A few days ago the game received its Chapter 3 Season 2 update.

However, currently many Fortnite players are facing an annoying issue where the controller gets stuck vibrating after leaving a boat. But, there is a workaround to solve it (1, 2, 3).

Controller gets stuck vibrating after leaving a boat in Fortnite

According to multiple reports, once the issue appears, Fortnite players controller will vibrate non-stop.

The persistent vibration reportedly does not stop even after removing the batteries from the controller. So, many have had to go back to the Fortnite lobby to stop it.

I have a bug where my controller will non stop vibrate it will start in the middle of a match and won’t stop until I go back to the lobby I have tried everything taking battery out and putting them back in Turing the controller off by holding the button with that menu I haven’t turned off vibration because I like it normaly is this a problem with fortnite or with my Xbox?
Source

That said, multiple reports agree that the issue occurs after leaving a boat.

The Epic Games team is already aware of the Fortnite ‘controller stuck on vibrating’ issue. The company is currently investigating it, but there are no details yet on an ETA for a fix.

In the meantime, the company offers a workaround to resolve the issue. It consists of returning to the driver’s seat of the boat once the vibration glitch begins, after which it should stop even if you leave the boat again.

Mine does that too. To stop it you just have to get back in drivers seat of boat and it’ll be fine.
Source

11:58 am (IST): Fortnite on its official Trello board has confirmed that the issue where the controller is vibrating constantly after leaving the boat has now been fixed. 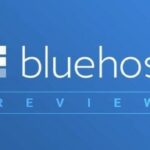 Bluehost hosting services & email down and not working for many, issue acknowledged