Launched in February of 2021, the Moto G30 is a budget device by Motorola. Powered by the Qualcomm Snapdragon 662 and Adreno 610, it comes with Android 11 out of the box.

The phone has a 6.5-inch IPS LCD panel that is clocked at 90Hz and offers up to 128GB of internal storage and is backed by 6GB of RAM. 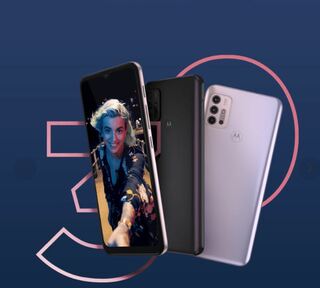 Coming to the camera department, the Moto G30 features a rear quad camera set up with a 64MP primary sensor, 8MP Ultrawide lens, and 2MP macro and depth sensors.

All of this is powered by a 5000mAh Li-Po battery that supports up to 20W fast charging. That said, Motorola recently updated the Moto G30 to Android 12.

Soon after, many complained about the update making the screen overly saturated, with some saying their screen became dark, making it hard to use normally.

But as it turns out, that is not the only problem users seem to be facing. Now, Motorola Moto G30 users are saying that their phone is automatically turning off or crashing after the Android 12 update (1,2,3,4,5). Some have already tried factory resetting their phones but Moto G30 keeps shutting down.

I’m UK based. Installed 12 few days back not realizing the issues I would be having. The phone will randomly ‘switch off’ and become locked out. It won’t switch back, it’s as if its out of battery power. Only way to get back is to hold volume down and power on button until it reboots. This has happened 3 times now in 3 days. I’ve spoken with Motorola UK and they advised a complete factory reset. They won’t say what this reset does to resolve the issue, I would prefer not to have the hassle of this. Time and effort backing up files, photos, SMS etc.
(Source)

Hi all, since my phone updated to android 12, (last week) I’m having the following problems :- Turns off automatically after about 5mins after being on charge overnight, it won’t turn on with power button or finger print. I have to hold power button for up to 30secs until the white light flashes in top right corner. Phone then restarts, until next time it’s on charge then the whole process starts again!! Webpages keep freezing and I’m unable to scroll them. Wasn’t a problem before the update. WiFi keeps dropping out, it stays connected for bout 4-6hrs then just drops the connection. Again also wasn’t a problem before the update.
(Source)

Moto G30 users are angry and wondering why they updated to the latest Android in the first place. Unfortunately, Motorola is yet to acknowledge the Moto G30 switching off or crashing issue on Android 12.

We hope the developers soon find out the root cause of the problem and fix it in an OTA update as soon as possible. If and when they do, we will be updating this space to let you know so make sure you stay tuned.