Having an instant thermometer in the kitchen is one such gadget that’s absolutely necessary but many may overlook it.

Most of us would like to assume that since we’ve been cooking for a while, we know exactly when the meat is done which we usually judge based on time or just our eyeballs.

Unfortunately, guesswork does not always work in our favor and you may just end up with undercooked or overcooked meat. Well, how to avoid getting stuck in this situation then? You guessed it. Invest in a high-quality thermometer.

The market is flooded with meat thermometers from various brands at different price points. Of course, not all meat thermometers are created equally. Thus, in this article, we’ll introduce you to the best one money can buy.

A meat thermometer should be more than just a plain old instrument that just throws out a mildly accurate number. And that’s why the ChefsTemp Finaltouch X10 instant-read meat thermometer stands out from the crowd. The most impressive highlight of this instant meat thermometer is its speed and accuracy. So how fast does it read the temperature? Just one second. Yes, all it takes is one second to test the meat’s temperature.

This makes it the fastest thermometer in the world and justifies the company’s claim of it being an ‘instant meat thermometer’.

But speed isn’t the only thing you must consider when buying a meat thermometer. The Finaltouch X10 is also very accurate with just ±0.7F of variance which helps you cook the meat to perfection.

Still, this is just a scratch on the surface of what all the Finaltouch X10 has to offer that makes it the best meat thermometer you can bag today.

If you have to struggle to see the temperature on the thermometer, then it defeats the purpose of it offering an instant reading.

Luckily, the Finaltouch X10 comes with a relatively bigger screen than the competition measuring 1.86 x 0.77-inches. The display also has a dark background with white text which offers plenty of contrast and sharpness so you wouldn’t have to strain your eyes while trying to check the temperature. Compared to the competition such as the Thermapen MK4 and Thermapen One, the Finaltouch X10 has a clear advantage in terms of display sharpness and visibility.

This is crucial as you don’t need to have your eyes mere inches away from the thermometer to be able to figure out what’s displayed.

This is another area where the Finaltouch X10 plows through the competition. While most instant meat thermometers are stuck with dated designs, ChefsTemp has upped the game with their offering which is the winner of Red Dot Product Design in 2022.

The Finaltouch X10 comes with a 270-degree rotation probe that makes it perfect for left-handed cooks as well. On top of that, the display changes its orientation automatically thanks to the built-in gyroscope. It even has a motion sensor that toggles on the device when it detects motion and turns it off once you set it down. So you no longer need to fiddle around trying to turn on the thermometer before checking the temperature.

The device even has an IP67 waterproof rating which means it can withstand up to 1 meter of water for 30 minutes. You can also stick the Finaltouch X10 cooking thermometer to any metal surface thanks to its magnetic backing.

As a cherry on top, the ChefsTemp Finaltouch X10 comes with a rated battery life of 3000 hours. This means you wouldn’t have to worry about the battery dying out for years to come.

One would assume that the Finaltouch X10 would cost way more than the competition due to the top-shelf features it has on offer. Well lucky for you, that’s not the case. The Finaltouch X10 is available for only $69.99.

Compare this to the asking price of the Thermapen One at $109.99 and the MK4 at $99.99 and you notice that you’re saving a good few bucks while not having to sacrifice anything.

The Finaltouch X10 instant meat thermometer is easily one of the best meat or cooking thermometers you can find on the market. It features a big display, long battery life, durable build, and most importantly, extremely fast temperature readings.

To know more, you can even check out a quick video on YouTube below:

Disclaimer: This is a sponsored post, made possible in association with ChefsTemp. PiunikaWeb doesn’t take any responsibility for the product being advertised here as well as how these devices are used.

About ChefsTemp: ChefsTemp is a kitchen appliance company with a goal to bring high-end cooking technology to the people. The company has been around for 30 years and has received many awards for its industry-leading products. 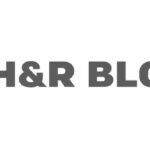 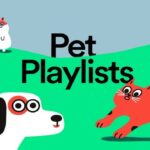