Image sharpening missing from NVIDIA Control Panel? Here's how to bring it back

Founded in 1993 and based in Santa Clara, California, NVIDIA is popular for making GPUs and is a global leader in AI.

In February this year, the company declared that it will be dropping its decision to acquire ARM. The deal was the biggest in the chip industry and valued at $66 billion.

That said, the company also offers an application known as NVIDIA Control Panel where users can adjust their graphic settings. It features a toggle known as ‘Image Sharpening’, something a lot of gamers use to improve their in-game sharpness without incurring a performance penalty.

However, the recent versions of the NVIDIA Control Panel seem to be missing the Image Sharpening feature (1,2,3,4,5). Many are frustrated and wondering why the developers decided to remove something so useful.

While Image Sharpening is available as part of GeForce Experience, this version of the feature causes significant performance loss. As it turns out, NVIDIA has replaced ‘Image Sharpening’ with Image Scaling, which is not the same.

Before, we could adjust sharpening in NVIDIA control panel while keeping GPU full screen scaling. Now, the only way the sharpening tool is avail in the 3D options is if it’s on Image Scaling ON which scale to aspect ratio instead of full screen… I play CSGO on 1024×768 stretched full screen only. There is also the option to use Image Scaling in Geforce Experience which add the sharpening option with full screen scaling, HOWEVER at the cost of significant performance loss compared to the old sharpening tool in control panel that was available before. Would it be possible to add that option back ?
(Source)

Unfortunately, we are yet to come across any official word from NVIDIA on the matter. But we found a workaround that might help enable the missing Image Sharpening feature back to NVIDIA Control Panel.

It involves modifying the registry settings so make sure you create a system restore point or back up your data just in case.

In case you don’t know how to open Windows Registry, open Run and type ‘regedit’ without the quotes. Then navigate to the below mentioned key and change the value of ‘EnableGR535’ key to zero.

After doing the following steps, either exit the NVIDIA Control Panel or restart your system. After you relaunch the Control Panel, the Image Sharpening toggle will be back. 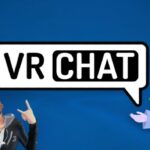 [Update: Apr. 15] VRChat down and not working? You're not alone