Discord is one of the most popular VoIP and instant messaging platforms on the internet. Users can easily communicate with each other either via direct messages or chat in communities called servers.

Launched in 2015, the app gained massive popularity and as of 2021, has more than 140 million monthly active users. 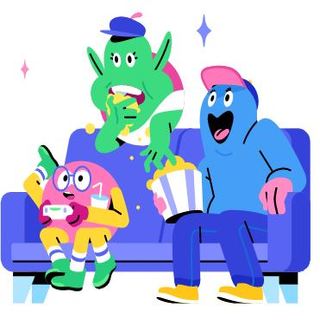 That said, users often encounter bugs and glitches such as the phone number verification system not working and embedded Twitter links not loading for many.

And now, Discord users are saying that the spell checker is not working as intended on the website or browser version (1,2,3).

Many say they are unable to type accurately because of the problem while others say it takes a while to see whether whatever they type is correct or not.

Users have already tried clearing browser cache and cookies but it looks like that doesn’t help either. Here is what Discord users have to say about the spell checker not working issue.

The past week the spell check function has stopped working on the Discord website. I’ve used Discord for years through Chrome without issue, but suddenly the function has disappeared. Spell check works on all other websites where text can be entered, so I’m trying to figure out where the problem is. Discord tech support aren’t having much luck finding a solution either, but lord knows I need spell check as my typing can be pretty terrible. I already tried clearing the cache and cookies, logging in and out of Discord, even reinstalling chrome, but it’s not made any difference. Does anyone have any ideas?
(Source)

literally the same happened to me 4 days ago. ( red underline / spellcheck ) only doesnt work on twitch and discord but no problems anywhere else .. iv tried all the above as well with no solve. i wonder if that means chrome made an update effecting a selection of sites spellcheck .. hopefully there is a solve soon .. my typing depends on it 🙂
(Source)

As it turns out, Discord has allegedly acknowledged the issue and said they are working on a fix. However, there is no ETA on when the problem will be resolved.

It’s happening to me as well. I reached out to Discord and received the following: Thanks for sharing this report! Just to give you a heads up, this issue is currently a known issue that is on our team’s radar, and I want to reassure you that our team investigating this further and working on a fix. Please note that our support team does not have an exact ETA for when a solution will be available, and we won’t be able to offer an update or provide the progress and status for this specific bug.
(Source)

We hope the developers soon take a look at the issue and fix the problem as soon as possible. When they do, we will update this article to let you know so stay tuned for more information. 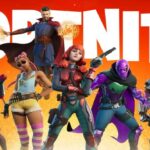 [Updated] Spotify playback bug on iOS where podcasts reset or restart when switching from other apps acknowledged, fix in the works