Developed by Sledgehammer Games, Call of Duty Vanguard is the latest entrant in the series. While it was one of the top selling games last year, the overall sales figure still remains lower compared to Black Ops Cold War.

That said, issues such as players not getting Snake Bite Camo and Combat Pacing missing or unavailable on Hard Core modes have made many rage-quit.

Adding fuel to the fire, reports (1,2,3) from COD Vanguard players suggest many are unable to rename Custom Classes equipped with Atomic camo.

The issue seems to be affecting those who have Atomic weapons in their loadout. Players are frustrated since they have to remove those guns every time they want to rename their loadout.

Generic solutions such as restarting game and checking game files do not seem to help. Here are a few reports from Call of Duty Vanguard players who are unable to rename Custom classes when Atomic camo is equipped.

So if you have both weapons slots with atomic, you can’t rename/copy and replace classes… At least in pc. But it was a laugh when the atomic unlock reward run for a good while, because when you unlock it it displays for ALL weapons, so you have like >20 atomic unlocked messages. Again, don’t know if it’s a bug, but was pretty funny.
(Source)

As it turns out, Call of Duty Vanguard developers are already aware of the bug where players are unable to rename Custom Classes equipped with Atomic camo and said it is currently under investigation. However, there is no ETA on when it will be fixed.

In the meantime, those affected can try a workaround that we stumbled upon. It requires players to switch to a weapon with no completionist camo so they can rename the class.

This bug happens to me when the primary weapon of the class I want to rename/copy is one I have unlocked Atomic (or Dark Aether in Zombies) for. Switching to a weapon with no completionist camo unlocked lets me rename the class 🙂
(Source)

As always, this article will be updated when we come across more information, so stay tuned. 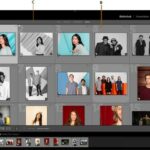 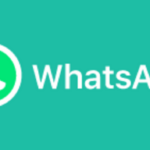