YouTube is the most popular streaming service on the planet with virtually no competition. Thus, even the tiniest of issues on the platform affect millions.

The mantle of responsibility of keeping YouTube running in tip-top condition lies with Google. They do a good enough job but occasional bugs still pop up every now and then just as they do on any other software.

Anyway, a new issue is doing rounds wherein the YouTube app on Smart TVs is suddenly missing several important tabs from its sidebar on the homepage.

I loaded up YouTube on my Roku TV and the Library and Subscriptions were missing! I am assuming this is a bug (because if this was intentional then YT needs to fire someone) but I hope the Subscriptions and Library tabs get restored soon.
Source

Does anyone know how to fix this issue? I’m missing my Subscription, Watch later and other icons on my YouTube app on my Xbox. I tried resetting the system, logging in and out and nothing.
Source

And it’s not just Smart TVs that are affected as there are complaints from gaming consoles (Xbox and PlayStation) as well as media players like Roku TV.

A couple of the important tabs in question include the Library and Subscriptions. Basically, every option below “News” on the sidebar has disappeared.

Users have already tried basic workarounds like signing out and then signing in, re-installing the app, and resetting the system to no avail.

It was also observed that the YouTube missing tabs issue is limited to select accounts only as some users reported that switching to some other account brought them back.

So yeah, this can serve as a workaround for those that consider the missing tabs a dealbreaker until YouTube actually addresses the issue.

Speaking of which, YouTube has already acknowledged the issue and is working on a fix as we speak.

Being a likely server-side glitch means that the issue should disappear just the way it arrived sans the requirement for an app update or any user intervention.

Still, we shall continue tracking the status of the issue so stay tuned to PiunikaWeb.

Jumping in – the reported issue of the missing tab has been resolved. We recommend sharing this one to our team here: https://yt.be/help/feedback. This will help us identify and fix possible issues. Reach back out if needed.
Source

11:06 am (IST): Recently YouTube services were facing multiple issues across various devices — including tabs going missing. But fortunately, YouTube has already fixed these problems. More on that here. 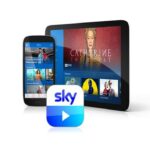