The ‘Control Center’ hub is one of the most useful features in modern iOS versions. It allows users to quickly access multiple features, in addition to offering information about some services.

Through the iOS Control Center, you can also manage other IoT devices connected to your home network. Also, some third-party apps are compatible, allowing you to integrate their features.

Shazam is a popular service that allows users to quickly recognize all the data associated with a song that is playing at that moment (name of the song, name of the artist, album, etc.).

Also, Shazam is one of those apps compatible with the iOS Control Center. However, it appears that the implementation is half-baked or poor, according to multiple reports (1, 2, 3, 4, 5).

Many iOS users are not happy with how Shazam toggle for Control Center works.

Currently, when you activate Shazam from the iOS Control Center to recognize a song, the history of songs is saved in a list within the dedicated toggle in the Control Center.

However, the song history doesn’t automatically sync with Apple Music, but even more inexplicably, it doesn’t sync with the Shazam app either.

The Control Center Shazam button does not seem to execute through the Shazam app, depriving the user of conveniences such as listing the track in the history of ‘Shazams’ and syncing Shazams to Apple Music. This should be rectified.
Source

I do but then after identifying the song, it doesn’t show up in the Shazam app and it doesn’t automatically get added to my Apple Music library (like it does when I Shazam from the Shazam app). Rendering the Control Centre option, quite pointless and frustrating.
Source

iOS users expected songs recognized through the Shazam Control Center toggle to appear in the Shazam app’s history, but that’s not happening.

Current operation is cumbersome and redundant

To access the history of songs identified through the iOS Control Center, you must press and hold the Shazam icon/toggle.

If you longpress the control center Shazam icon you get your list there. It’s a different one from the app.
Source

The current operation of the feature is cumbersome and redundant, in addition to adding complications to a process that should be simple and automatic.

The following report describes everything that needs to be done only to save a song from the Shazam Control Center toggle to the Shazam app:

If you want a song you identify from Control Center to end up in the app and in your playlist, you will have to tap the notification to open the main app.

Once on the song screen, tap the menu button at the top right and choose “Add to My Music” to save the song to your song history in the Shazam app. If you also want that song in your Shazam Tracks playlist, you will have to use the “Add to Apple Music” option in that same menu or use the “Add To” button on the main screen to add the song manually.
Source

So, many consider that Apple made a poor implementation of Shazam in the iOS Control Center. The fact that searches won’t sync automatically even with the Shazam app is inexplicable (1, 2, 3, 4).

At the moment there is no official acknowledgment on the issue from Apple. However, it seems that the company is starting to collect reports related to it.

Thanks for reaching out. We’re happy to help.

Does this occur with every song you try?
If a Shazam song isn’t available in Apple Music, you might not see the option to open in Apple Music. https://s.apple.com/dE0q3U1H0i

Join us in DM for further assistance.
Source

We will update this story once new details about the matter emerge in the future. 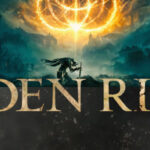 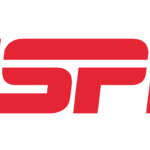