The Pixel 6 series is without a doubt one of the best smartphone lineups to come out this year. With Google’s in-house developed Tensor SoC with the upgraded cameras on top, the Pixel 6 and 6 Pro have made huge leaps in terms of the camera department.

However, ever since their release, Pixel 6 and Pixel 6 users have experienced a lot of bugs and glitches with Android 12. You can check out our dedicated Pixel 6 bug tracker to see which issues are currently affecting users.

And if that wasn’t enough, many Pixel 6 owners are now reporting (1,2,3,4,5) that they are unable to charge the device wirelessly with the device stopping wireless charging intermittently.

For those who bought new wireless chargers for their Pixel 6 or are forced to use one, this is really frustrating since they stop working without any warning. Many said they have tried changing chargers or bought new ones but the issue still persists.

Judging by the nature of the reports, it is still unclear if the issue is related to hardware or software. People say they tried turning off adaptive charging but it does not make any difference.

Anyone having issues with the wireless charging on their Pixel 6? I’ve had this phone for a few weeks now and the wireless charger has been working fine. Now for the past few days when the phone is placed on the charger it just gets hot without actually charging. Go to bed and wake up with the phone not charged. And it will display charging wirelessly full in like 16 hours. Pulled out my old phone and wirelessly charges without issue with the same charger. Tried multiple chargers, different positions on the charger same result. Wired charging is fine.
(Source)

Has anyone else been having issues with their new Pixel 6 Pro or Pixel 6 not continuously charging while on qi? I’ve tried it with three different qi pads that have worked for other devices, and I’ve gotten the moment case that has the m Force magnetic ring in it that lets you use magsafe accessories with the phone… It worked consistently without issue for about the first week, and then either after like a software update or something, it stopped charging via wireless. Was wondering if anyone else was having this issue.
(Source)

However, some Pixel 6 owners said they contacted Google about the issue who then allegedly sent the user a new device. But with Google yet to say anything on the matter, it seems like users will have to resort to wired charging, at least for now.

With that being said, we will update this article once Google acknowledges or fixes the issue.

12:03 pm (IST): Google has just announced the December 2021 update for Pixel devices and a few improvements are also coming to the battery experience as outlined in the changelog snippet below.

05:37 pm (IST): Users are now reporting that the issue with wireless charging on Pixel 6 still persists after February 2022 update.

04:55 pm (IST): It seems that the wireless charging issue with Pixel 6 still persists for some users even after installing the Android 12L beta 3.

01:08 pm (IST): Pixel 6 phones are expected to receive March 2022 patch on March 07. And we hope that it includes a fix for the wireless charging issue.

10:42 am (IST): Pixel 6 users on Android 12L beta 3 can now report the wireless charging issue directly to Google via survey. These reports will help Google to further investigate and fix this issue, likely in the stable version.

05:38 pm (IST): One of the affected users pointed out that wireless charging works only in safe mode. This indicates that this issue is caused by some third-party app or software.

07:03 pm (IST): As reported on Google Issue Tracker, this issue is escalated to the development team for further investigation.

This means that the devs will require more bug reports on this issue to investigate it further and come up with a solution.

01:14 pm (IST): A user pointed out that wireless charging works when you charge the device after turning it off. So, this can be another workaround for those still having issues with wireless charging.

04:34 pm (IST): A Google employee investigating this issue pointed out that users may be facing problems with wireless charging due to faulty cases.

Moreover, he asked users to share details of the cases they are using, in order to help them investigate the issue.

10:17 am (IST): Google brings Android 12L for Pixel phones along with March 2022 update. It also carries improvements for wireless charging on Pixel 6 devices.

The March update will come to Pixel 6 and 6 Pro later this month and it is currently available on other supported Pixel phones.

10:46 am (IST): It seems that the wireless charging issue is also present in Android 12 QPR3 beta 1 as it has been added to the ‘Android 12 QPR3 Beta: Top Open Issues’ list on Google Issue Tracker. Moreover, it is currently under investigation.

06:34 pm (IST): One of the affected users pointed out that Namami wireless charger works fine with Pixel 6. So, those who are still facing this issue can try it out.

10:05 am (IST): Google finally released the March 2022 update for Pixel 6 devices with a bunch of bug fixes. It also carries improvements for wireless charging.

03:48 pm (IST): It seems that the wireless charging issue on Pixel 6 devices persists even after March 2022 update as new user reports are still coming in.

01:01 pm (IST): Pixel 6 and 6 Pro users are now receiving the April 2022 update. It includes some improvements for wireless charging.

12:48 pm (IST): Users on the Google Issue Tracker are now reporting that the wireless charging issue on Pixel 6 persists even after the latest April 2022 update.

12:24 pm (IST): A user pointed out that wireless charging on Pixel 6 stops when the current reaches up to 1000 mA and then it resets. This could be a reason for the wireless charging issue. Check the complete test below:

04:55 pm (IST): A user pointed out that the wireless charging is working on Pixel 6 with Anker Wireless PowerWave Charging Pad – 10W. Thus, users can use this particular charger and see if the issue gets resolved.

03:32 pm (IST): Google engineers on the Issue Tracker are now asking for more bug reports in order to investigate the wireless charging issue on Pixel 6. 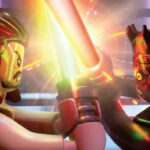