Elden Ring world is full of quests that you can live to go deeper into the story and get new items or weapons. However, many of these quests are optional, so you might miss them if you’re not careful.

The Elden Ring Hyetta quest is one of the optional ones. To complete it you must give various items that you will get by exploring the map or defeating enemies.

At a certain point, you will have to get a particular item to continue progressing in the Heytta quest. However, many Elden Ring players are unable to do so due to a bug.

Elden Ring Heytta quest bug where Vyke is not invading

Many Elden Ring players can’t complete the Heytta quest due to the bug that prevents Vyke from invading.

Vyke should invade you or appear outside the Church of Inhibition. Once you defeat Vyke, you will get the Fingerprint Grape which will help you to continue the Heytta quest.

However, many Elden Ring players are leaving the Heytta quest halfway since Vyke is not invading. If the character doesn’t show up, you can’t get the Fingerprint Grape (1, 2, 3, 4, 5).

I didn’t really know where else to ask this since this game is so new. Has anyone else had an issue with Vyke invading outside the Church of Inhibition? I can’t seem to trigger him to appear for the Fingerprint Grape that I need for Hyetta’s questline. Is there another way to acquire this type of grape?
Source

Anyone found a way to “force” the invasion?

I’ve delivered all 3 grapes to the Hyetta, exausted her dialog and she is now craving for the fingerprint grape, problem is that Vyke just wont invade.

I did explore the Church of Inhibition before giving her the third grape, could be this interaction that is breaking the quest?
Source

That said, there are a couple of potential workarounds that could help you. The first workaround should work for all platforms, and consists of following the process below:

What seemed to work was doing Varre’s questline. Talk to him a bunch after he’s moved to the Rose Church, at this point he’ll ask if the Two Fingers didn’t seem right and you want to say that they DID NOT SEEM RIGHT.

Next he gives you some festering fingers, you just gotta invade someone 3 times (you don’t have to win) he’ll then ask if you want to be anointed, and you want to say YES.
Source

After you have completed the above, continue with the following:

Then he’ll reward you with a doily (The Lord of Blood’s Favor, a key item if you want to get to Mogwhyn Palace early). This item has to be taken to the Church of Inhibition at which point Vyke should invade you just outside of the church. Killing him nabs you the key item that can be given to Hyetta whilst at Bellum Church which will advance her questline and the Three Fingers questline.
Source

The second workaround is for the PC version, since it is based on using a cheat engine that allows you to obtain the Fingerprint Grape.

First you must disable EAC (Easy Anti-Cheat). But, before doing so, you should know that you will not be able to play online, because if you do, there is a high risk that you will receive a ban.

That said, the process to disable the EAC is as follows:

1. Create a .txt file and name it ‘steam_appid’ and it needs to go into the same folder that eldenring.exe is in.
2. Open it and add the string of numbers ‘1245620’ (without quotes) to the file.
3. Launch the game by clicking on the exe file, DO NOT launch it through steam, it won’t work if you do.
Source

Then, continue the process from step 2 of the following screenshot:

NOTE: For step 4, from this link you can quickly learn how to keep your save-files safe. This will allow you to avoid save-file corruption and learn how to create save-file backups.

There is no official acknowledgment on the issue from the developers yet. We will keep our eyes open for new events that arise to update this story.

04:44 pm (IST): A Redditor has shared a potential explanation as to why Vyke isn’t invading. Check out their reasoning below:

i think what stops him from invading is killing the avatar to the south at the minor erdtree. I did this with 4 char and the only time he refused to invade was on the char that the avatar was dead on and he invaded normally on the other 3 chars which did not kill the erdtree avatar. (Source)

03:51 pm (IST): Here are some tips shared by a player that you should keep in mind while doing the Heytta quest.

04:48 pm (IST): A Redditor has come up with another possible reason why Vyke is not invading.

Did you beat Loretta before fighting Vyke? That might’ve been the reason, because my friend couldn’t summon me at Liurnia after beating Loretta. (Source)

05:13 pm (IST): According to a Redditor, Bandai Namco support has confirmed that Vyke not spawning at Church Of Inhibition is a bug and devs are working to resolve it. 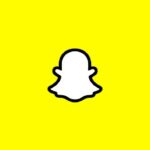 Snapchat Egg Hunt 2022: Is it coming back? Here's what the company says