One of the latest entrants in the Battle Royale niche is Call of Duty Warzone. In April last year, the online multiplayer FPS title reached the 100 million playerbase milestone.

Developed by Raven Software, many have criticized the game and termed it as a buggy mess because of issues such as inconsistent map pings near Redeploy Balloons and the ‘Content package is no longer available’ error ruining the gameplay experience.

And now, COD Warzone players are reporting (1,2,3,4,5) that the game loads only in Windowed mode after the recent Season 2 Reloaded update.

This is really frustrating since the game not only runs on a resolution smaller than the screen but requires players to switch back to full screen every time they launch the game.

However, reports suggest that other graphic settings such as textures and lighting effects haven’t changed. Some say they tried scanning and repairing game file and even reinstalled the Battle Net client but to no avail.

Below are some reports from COD Warzone players who are tired of the game launching in Windowed mode after the Season Two Reloaded update went live.

Warzone always starts in windowed mode after update. So i updated the game and now every time it starts it’s in windowed mode, I have to hit alt+enter or go in the settings and change to full screen. Other graphic settings are kept, the only thing not sticking is this. Anyone?
(Source)

Warzone always loading in windowed mode after update. Everytime I load in the game now I have to switch the display settings back to full screen from windowed after yesterdays update. Is there something I can change to keep this from happening?
(Source)

As it turns out, Warzone developers are aware of the issue where the game is launching in Windowed and said that they are working on a fix. However, they did not share any ETA on when the problem will be resolved.

We hope the developers soon find out the root cause of the issue and patch it in the coming days.

As always, we will be keeping an eye out on the matter and update this space when we come across more information so make sure you stay tuned to PiunikaWeb.

In the meantime, make sure to check out our dedicated Call of Duty Warzone bug tracker to see similar issues affecting players.

10:33 am (IST): BeenoxCODPC on Twitter said that they are working on a fix for this issue. Moreover, they recommended players to use ‘Alt+Tab’ as a potential workaround to enter the full-screen mode.

12:09 pm (IST): Raven Software has released some gameplay adjustments for Warzone players. However, it does not include any improvements or a bug fix for the Windowed mode issue.

01:11 pm (IST): Raven Software on its official Trello board has confirmed that this issue has now been resolved. 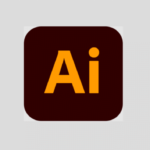