Spotify, the most widely used music streaming service, offers multiple features and options to enhance the experience and expand the possibilities.

You can also ‘Like’ your favorite songs to add them to the ‘Liked songs’ list and find them later on any device. However, this feature is currently not working properly for many.

According to multiple reports, Spotify ‘Liked songs’ list is not syncing between mobile devices app and desktop (1, 2).

Spotify Liked songs list not syncing between mobile and desktop

According to multiple reports, Spotify is constantly desyncing the user’s liked songs list between the phone app and the desktop client.

I noticed this on friday when I moved between two computers. I liked and added a song to a playlist, and checking my 2nd device the song was in the playlist but didn’t show as liked. I re liked it and moved on, but then the next day noticed the same experience on my mobile device. The song was in my playlist but not appearing as liked.
Source

It seems that completely reinstalling the Spotify app helps to resolve the issue temporarily. However, it will happen again sooner or later.

2nd time this has happened within 48 hrs. my phone app keeps desyncing my liked songs from my pc

This happened to me 2 days ago. I made a post on here about it and got no answers. On my own accord, i deleted and redownloaded Spotify and the fix worked temporarily.

This is not the first time that users of the service have faced similar problems. There are reports related to issues with Spotify ‘Liked’ songs sync issue since at least 2020.

The Spotify team is already aware of the glitch and is investigating. But, there are no details on an ETA for a fix yet.

We will keep our eyes open for further related events to update this story. 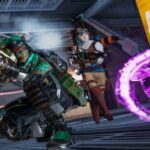