The Motorola Edge (2021) is a mid-range smartphone that was launched in September last year. Powered by the Qualcomm Snapdragon 778G, the phone supports 5G connectivity.

Successor to the original Motorola Edge lineup that was introduced in 2020, the smartphone comes with Android 11 out of the box and offers 8GB of RAM and 256GB of internal storage. It also boasts a huge 6.8-inch 144Hz LCD display with support for HDR10. 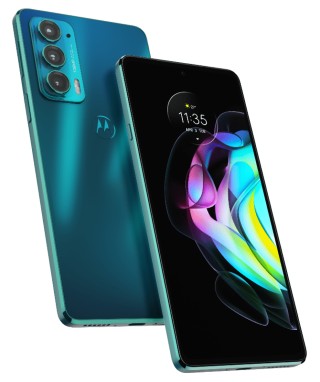 Coming to the optics department, the Motorola Edge (2021) features a triple camera setup with the primary sensor being the main highlight thanks to the 108MP lens backed by an 8MP ultrawide lens and a 2MP depth sensor.

As far as the selfie camera is concerned, the 32MP sensor should suffice for those looking to use the phone for video calls. All of this is powered by a 5000mAh battery and 30W fast charging.

Unsurprisingly, many Motorola Edge (2021) users are looking forward to updating their devices to the latest version of Google’s OS – Android 12.

As it turns out, Canadian telecom network Rogers has updated its page and confirmed that Motorola Edge (2021) will be getting the Android 12 update on May 2, if everything goes according to plan.

While the information is specific to the Canadian carrier, devices in other regions like Brazil and US versions of the phone may also get Android 12 sooner or later. Also, it should be noted that the phone is sold as Motorola Edge 5G UW in the US via Verizon.

We hope everything goes smooth on Motorola’s end and the Edge 2021 receives the Android 12 update as planned. As always, we will let you know once it starts rolling out.

In the meantime, make sure you check out our Motorola Android 12 tracker to see which phones are getting updated or have gotten Google’s latest operating system.