Warzone, the COD (Call of Duty) Battle Royale game, offers massive matches of up to 150 players that you can take on either solo or as a team.

Each COD Warzone map has different zones that are a sub-map in themselves due to how differentiated they are. Each zone can benefit a particular combat style.

Like other free multiplayer games, COD Warzone receives Battle Pass updates from time to time. Each Battle Pass brings a set of challenges, weapons, items, skins and more to unlock.

That said, many COD Warzone players are facing issues with the latest Battle Pass update because the tracking is broken or bugged, so they are not receiving their corresponding XP points.

Most reports agree that the COD Warzone Battle Pass XP points progress is getting stuck after a certain point.

Why does it seem like this game never counts any of my xp for the battle pass?!

Just put in a couple hours of games, with 3 overall trio victories and backed out to see my battle pass barley moved one spot from 46 to 47 (I was already close to done with 46)… I understand the higher the level the more XP needed but I swear on older battle passes that type of grinding would be at least a 2 or 3 level jump. This is not the first time I’ve noticed this either.
Source

Help!! I m not getting any battle pass XP anymore.

My season 2 battle pass was moving along fine until level 37 where it has been stuck now for days. Despite planning rebirth for several hours every day for a few days the bar isn’t moving?!

Any advise would be greatly appreciated. (So long as it’s not to contact Activision support…)
Source

Raven Software, COD Warzone developers, are already aware of the issue that is impacting the Battle Pass XP points received by the player.

Currently the glitch in question is under investigation, with no information on an estimated arrival date for a fix.

We will update this story once new details related to the topic emerge in the future.

10:01 am (IST): According to Raven Software’s official Trello board, the issue with Battle Pass XP has now been resolved. 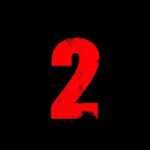 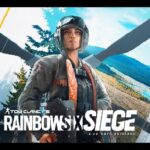