PlayerUnknown’s Battlegrounds, also known as PUBG, is one of the most popular and earliest games in the Battle Royale genre. Developed by PUBG Studios, the game was first released back in 2017.

With millions of players worldwide, PUBG is one of the best selling games of all time with more than 75 million copies sold as of 2022. Despite being one of the most played games of all time, PUBG PC has seen a rapid decline in its player base with many complaining about bot lobbies in NA and EU servers and demanding to be matched with real players.

But as it turns out, this is not the only problem affecting players right now. Many who play PUBG PC are now saying that they are facing packet loss issues on NA and EMEA servers (1,2,3,4,5).

The problem seems to have surfaced after the recent 16.2 update. Some said they tried verifying game files on Steam and reinstalling the game but the packet loss issue persisted.

Packet Loss since recent update
Hey, I was curious if anyone else was noticing a lot of packet loss since the update? I pretty much never get packet loss. I live in a metropolitan area with gigabit google fiber internet.
(Source)

I live in northern Europe and have the packet loss also. Which part of the world do you live? A friend of mine doesn’t have any issues, but sometimes have packet loss also. We live in different part of the countries though. But if you live in other countries it would prove it’s not location based. It appeared after the UPDATE and that is the problem. BAD coding as always when it comes to these releases. Standard support answers will give us nothing. My guess is that their shitty anti-cheat engine is the problem as other games have seen before…
(Source)

As it turns out, players from SEA and other servers are also complaining about the issue. While PUBG developers have acknowledged packet loss on NA and EMEA servers, it has said nothing about other regions.

[PC] We’re aware that some players are experiencing intermittent packet loss issues in the NA/EMEA region and are working on resolving them.
(Source)

Moreover, they did not share any timeframe on when the problem will be resolved. We hope the developers soon fix the game servers.

If and when they do, we will be updating this space to reflect the same so make sure you stay tuned to PiunikaWeb.

06:14 pm (IST): PUBG support on Twitter has informed players that the maintenance is complete. Moreover, they have also deployed the mitigation for several players affected by Packet Loss in NA and EU servers. 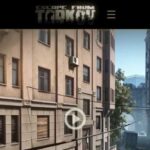