Mobile Legends: Bang Bang, often abbreviated as MLBB, is a mobile-only MOBA video game that was released in 2016. Developed and published by the ByteDance owned studio Moonton, it has more than 1 billion downloads.

While the game is free-to-play, it generates revenue by letting players purchase heroes, emotes, trails, and skins amongst other things. But as is the case with every other game, players are no strangers when it comes to bugs and issues with users recently reporting that they were unable to use Argus Ultimate when suppressed.

Many say that the game crashes frequently and causes them to lose their credit score and results in the game penalizing them for going AFK.

Users say they tried clearing data and cache and reinstalling the game but the problem persists.

Anybody knows what’s going on with the game? Since I updated my phone (Samsung Galaxy Note10+) to Android 12 UI 4 and updated the game it has been crashing horribly. Cannot enter a match because it get frozen on the loading screen. I restart put my phone on airplane mode to try to rejoin the match but nothing happens. I get marked as AFK because of this and now I’ve lost so many credit score points. I’ve already tried reinstalling the game clearing the cache and nothing helps.
(Source)

Hi, Anyone here experiencing application crashes? I just want to know how to resolve this issue since it is affecting my gameplay. It happens when I just opened the application and the game is unplayable for the first 10-15 minutes. The issue is that it freezes then a prompt message will appear that the app is not responding. I believe it started happening when I recently played in Advanced Server again after a year. Or it probably because of the recent update. Hope someone could help me with this. OS: Android 12
(Source)

Unfortunately, Moonton is yet to officially comment on the matter, let alone work on a fix.

Apart from the crashing issues, many players are reporting that the newly released hero Melissa has the wrong skill description on her ultimate.

The description says that her ultimate grants her 700 extra Physical and Magic Defense, which is not right. You can see in the image below what the description error looks like.

Fortunately, a mod has commented on the matter and said that they will report the issue to the developers.

Will report the issue.
(Source)

Rest assured, we will be keeping an eye out on the issues and update this space as and when we come across new information so make sure you stay tuned. 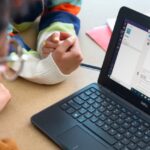 OnePlus 8 series OxygenOS 12 (Android 12) update buggy or made phone slow? Here's how to roll back