YouTube lets users disable the often obnoxious ads that are interlaced between videos by subscribing to the Premium version at $11.99 a month.

Of course, some have no problem paying this amount, especially since it also tags along a bunch of other benefits that include background playback, access to YouTube Music Premium and YouTube Original series and movies.

But most recent figures released by Google suggest only a fraction of YouTube’s entire active user base has a Premium subscription.

Perhaps the $11.99 price tag is putting off potential subscribers, especially since not everyone is interested in all the ad-ons that come with YouTube Premium. Some only want an ad-free watching environment. Another potential reason for the low subscriptions is YouTube Premium’s availability. Although currently available in most major markets, the service has yet to penetrate all global markets.

This means even if you wanted to subscribe, there isn’t much you can do but wait until Google makes the service available officially in your region. This is where YouTube Vanced came in handy, providing Android users with an ad-free watching environment for free.

YouTube Vanced was designed for those uninterested in subscribing to YouTube Premium. For the most part, all they want is to get rid of the annoying ads. None of the other stuff that Google includes in a YouTube Premium plan interests them.

Also, with this app, those in unsupported regions can enjoy some of the cool YouTube Premium features without having to part with $11.99 a month. However, since this meant Google was losing potential revenue, it was never going to last.

As I write this, YouTube Vanced has been discontinued for legal reasons. There’s no clarity as to what transpired, but with Google involved, it’s easy to see why the search giant had to make this move.

With Vanced gone, those with no interest in other YouTube Premium benefits and live in supported regions will be forced to subscribe to the service to enjoy ad-free videos.

For those in unsupported regions, they have no option but to live with the ad version until Google feels generous enough to expand Premium support to their market. Fortunately, the Vanced team says currently installed versions will remain functional for a couple more years.

Currently installed versions will work just fine, until they become outdated in 2 years or so.
Source

I’m not privy to why Google hasn’t expanded YouTube Premium to all markets, but I’d like to believe it’s something in progress.

As noted earlier, pricing could be one reason YouTube Premium subscription numbers aren’t up there with other video/music streaming services. And it seems Google has been hatching a plan to address this concern.

Sometime last year, Google started testing a Lite version of YouTube Premium in select markets across Europe. The plan was valued at 6.99 euros a month, about half of the normal price.

A YouTube spokesperson divulged to The Verge that YouTube Premium Lite would come with limited features. Subscribers do get to enjoy ad-free videos on the web, Android, iOS, smart TVs, gaming consoles, and even on YouTube Kids.

For some reason, though, we’ve seen little-to-no development ever since, and no one knows if Google still has plans to proceed with YouTube Premium Lite or not.

But now that YouTube Vanced (a product that stood in the way of Google’s efforts to monetize YouTube for about half a decade) has been discontinued, perhaps this is the time to advance plans with Premium Lite. Some people wouldn’t mind paying for ad-free viewing, especially at about half the price. YouTube has a chance to capture those who were hesitant to pay the full price, although it’d be perfect if the plan includes background playback.

The company can also focus on expanding the Lite service to other regions where potential subscribers would have likely been put off by the full-plan price. But then again, not much is known about the future of YouTube Premium Lite.

Do let us know your thoughts on Vanced getting discontinued and the potential that YouTube Premium Lite has via the comments section below.

[POLL] Would you subscribe to YouTube Premium Lite at $6.99 a month for ad-free videos but no background playback?

The results for the poll are out, with an overwhelming majority (over 83%) saying they won’t subscribe to YouTube Premium Lite at $6.99 a month for ad-free videos but no background playback.

In case you missed the poll, you we still welcome to share your thoughts in the comments section below. 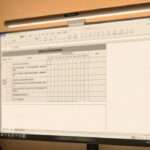