The Motorola Edge 30 Pro was launched a few weeks ago as the company’s latest flagship phone. Some countries recently received it under the name of Motorola Edge Plus 2022.

The camera system is one of the most promoted sections of the Motorola Edge 30 Pro. However, some users are experiencing issues that negatively impact the experience during video recording.

More specifically, some Motorola Edge 30 Pro users are unable to set 4K 60FPS mode for video recording. Also, there are image quality issues during recording due to video flickering effect.

According to multiple reports, when Motorola Edge 30 Pro users try to set ’60FPS’, the video resolution automatically drops from 4K to 1080P. Currently it is impossible to activate 4K + 60FPS for them.

It is impossible to select 60fps at 4k. The moment I select 60fps the resolution automatically drops to fhd. Have uploaded the gif.
Source

However, there is a workaround that reportedly helps mitigate the issue. Apparently, you can activate the Motorola Edge 30 Pro 4K 60FPS for video recording only in Full Screen mode (20:9 aspect ratio).

There seems to be some confusion around 4K60fps video recording on the Moto Edge 30 Pro. It does it at full aspect ratio of 20:9 & not at 16:9, which is standard. And, there’s a major glitch in the app too where it is stuck at that aspect ratio at 4K 60fps even if you change it.
Source

Another issue related to phone video recording directly impacts its quality. According to reports, there is a noticeable video flickering effect when recording at 60FPS on the Motorola Edge 30 Pro.

The 60fps video mode records terrible videos , the lights and everything is flickery. Does everyone have this issue?
Source

The issue is reportedly more pronounced indoors and under artificial lighting conditions. Apparently, manually switching to 50hz or 60hz anti-banding could help mitigate the issue, but this option isn’t present.

This issue is seem indoors, under artificial light conditions.

Seems to me it’s banding issue.

As issue is mostly seem under led lights. There should be an option within the camera to manually select 50hz or 60hz anti-banding. Along with 4k 60fps video recording option (currently I can only record 4k at 30 fps.)
Source

Motorola is aware of both issues

A Motorola support forum administrator confirmed that the company is aware of the 4K 60FPS selection mode bug and is working on a fix that will arrive with a future update.

Thank you both for the good information. I spoke to our camera team and they advised they know there is a bug in the software with switching to 4K 60FPS. We actually will have improvements pushed out in a future software update for this. I don’t have the timing on when the update will be available.
Source

Regarding the video flickering issue, the administrator points out that enhancements could arrive to improve the quality in the future, although great improvements are not guaranteed.

Apparently video recording is not the strong point of Motorola phones. We will update this story once we have new details regarding the situation.

NOTE: You can also check the bugs/issues tracker dedicated to the Motorola Edge 30 Pro/Edge Plus 2022.
Featured Image: Motorola 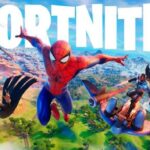 [Updated] Fortnite players on Xbox unable to move when pressing a button on the mouse, issue acknowledged