Telegram is one of the most popular and widely used cross-platform messaging platforms available. In addition to IM, the service also enables users to make encrypted video calls amongst many features.

Launched in 2013, it is similar to WhatsApp with a focus on user privacy and security. Telegram is available on a variety of platforms such as Android, iOS, Windows, Linux, and macOS. More unofficial apps also make use of Telegram’s protocol. The IM platform reported it had more than 500 million active users in the month of January this year with more than 1 billion downloads as of August 2021.

After WhatsApp recently updated its privacy policy, the app gained massive popularity with many ditching the former in favor of Telegram.

The app also features support for 120Hz displays that makes scrolling a breeze. However, some Pixel 6 users reported that the app was stuck on 60Hz. This is really frustrating since users are unable to enjoy the smoothness the higher refresh rate offers. Fortunately, a Pixel 6 user on a Telegram group has identified the root cause of the issue and even shared a workaround that fixes the same. It seems that a Telegram feature called “Raise to Speak” keeps the proximity sensor on when in chats that kept the device locked to 60Hz.

While it sounds really weird, disabling the feature seems to fix the issue, letting Pixel 6 users use Telegram at 120Hz. Maybe Google decided it would be a good idea to lock the refresh rate to 60Hz when in a call to save battery.

Hi there, There has been an issue plaguing new Pixel 6 Pro users where Telegram chats on the official android app have been locked to 60fps. I’ve finally figured out the reason for that and it’s due to a Telegram feature called “Raise to speak” which keeps the proximity sensor running in chats and that seems to lock the screen to 60Hz. I think it would be useful to share with the Pixel community on Telegram as it has been frustrating many people.
(Source)

In case you are also locked at 60Hz, follow the steps below and you will be able to run Telegram on 120Hz on the Pixel 6.

Open Telegram settings, head over to Chat Settings, and check if “Raise to Speak” is enabled. From there, just turn off the feature and the app will run at 120Hz.

If and when Google or Telegram fixes the issue, we will update this article to let you know.

Did Telegram switch back to 120hz after disabling the “Raise to Speak” feature on the Pixel 6? If the workaround did wonders, let us know in the comments below.

However, the update is currently available for the supported Pixel phones and it will be released for Pixel 6 and 6 Pro in the coming days.

11:40 am (IST): The latest March update that includes a fix for the refresh rate bug is now available for Pixel 6 and 6 Pro users. 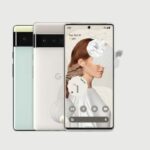