The Samsung Galaxy S22 series has been available for several weeks now in many markets around the world.

Part of the success of Samsung’s flagship phones in recent years is the company’s good software support policy. On some occasions, Galaxy S phones have received security patches even before Google Pixel devices.

Like previous Galaxy S devices, the Galaxy S22 series is available around the world with different chipsets. Some regions receive the Exynos 2200 chipset, while others get the Qualcomm Snapdragon 8 Gen 1.

Normally, Samsung insignia phones powered by Qualcomm Snapdragon chipsets are rated higher than those powered by Exynos chipsets due to performance issues.

However, the Samsung Galaxy phones software support is usually similar, regardless of the chipset they implement.

Currently, US and Canadian Samsung Galaxy S22 are still stuck on the January patch since its release, which has many users concerned (1, 2, 3).

Did anyone in canada get Feb/March security update?

Am I the only one who didn’t get it?. I checked on telus website and it shows feb 25 and mar 8 for security updates. But i didn’t get even One. Wo just want to ask that even any of you didn’t get that or it’s just me?
Source

Sometimes, the delays in updates are due to the customization that the carriers do on the software. However, this is not the case this time, as the unlocked version of the Galaxy S22 series has also not received any updates.

Samsung has been pretty good with software updates on Unlocked/U1 firmware. The U.S Snapdragon variant of the S22 Ultra shipped with UI 4.1 January security patch(UVA6). It is almost the middle of March and no February update yet. Has anyone received it yet?
Source

It’s worth pointing out that North American Samsung phone users were used to receiving a ‘day 1 update’ with the release of new Galaxy flagship devices. But, this has not been the case with the Galaxy S22 series.

Meanwhile, Exynos 2022 chipset-powered devices in other regions have already received at least 2 updates since launch.

I don’t know why theres is a problem with the updates in the US but my exynos 22 ultra already received 2 Major Updates (1gb and 500 mb security patch on march) since launch, maybe some snapdragon related Problem.
Source

The latest update to the Exynos Galaxy S22 series also includes the modifications to the controversial GOS that was limiting the performance of the devices in many apps.

The wait for updates could finish soon, but without the GOS changes yet

The wait for updates on the Snapdragon version of the Galaxy S22 series for North American users could be over soon.

Some users from regions where Snapdragon versions of the devices are available (such as Vietnam and Singapore) reportedly received an update recently.

However, the changelog does not include the modifications to the controversial GOS. So, it is unlikely that the first update that North American users will receive includes them.

We will update this story once new details emerge on this matter in the future.

10:30 am (IST): Samsung has finally started seeding the March patch to some carrier-locked Galaxy S22 models in the US. The update is out for Comcast, Xfinity, and Verizon models whereas other carrier devices should get it soon.

03:49 pm (IST): The latest March 2022 patch is now reportedly available for T-Mobile locked Samsung Galaxy S22 units in the US.

Thanks for the tip: George Smith!

NOTE: You can also check the bugs/issues tracker dedicated to the Samsung Galaxy S22 series.

HomePod users report audio cutting out or pausing briefly while playing a track on loop after 15.4 update 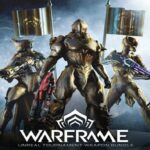 [Updated] Warframe players on PS5 getting 'Unable to connect' error acknowledged, fix in the works