New updates are being added at the bottom…

Fragmentation has been a major problem since the days of Android Ice Cream Sandwich. But Google, through projects like Treble and Mainline, has been able to gradually patch things up.

Although results are still far from desirable, there have been significant improvements in timelines of delivering major Android OS updates, especially now that more OEMs can participate in beta testing programs ahead of time.

However, the vast differences in the software offered by various Android OEMs is still holding back this progress. Each vendor wants to offer a unique experience, which often takes time to properly implement.

Again, there have been steady improvements in how fast OEMs deliver Android OS updates to eligible devices over the years. This is especially noticeable with Samsung, which was often criticized for delaying OS rollouts. The same can also be said of Xiaomi, Oppo and Vivo. They are among the biggest names in the industry and in an effort to expand westwards, they’ve had to step up in terms of software updates in order to match the competition.

Gone are the days when Oppo devices would hardly receive any OS updates. Today, Xiaomi is among the OEMs taking part in every Android beta program at its earliest. And not long ago, Vivo started offering up to three OS updates.

All these changes are not only aimed towards making the Android ecosystem a better and secure place for the millions of users across the globe, but also outplaying the immediate competition in order to stand out.

Unfortunately, this isn’t something that Motorola, once a big industry name, is keen on. Or at least it doesn’t seem so.

At some point, Motorola stepped back from the flagship smartphone market and focused more on midrange and budget phones. However, lately there have been some signs of revival, with plenty of phones coming in from the company.

In 2021/2 alone, for instance, Moto has released more than 40 new phones, which wasn’t the case a few years ago when only a handful of Moto G and Moto E devices would be released every year. 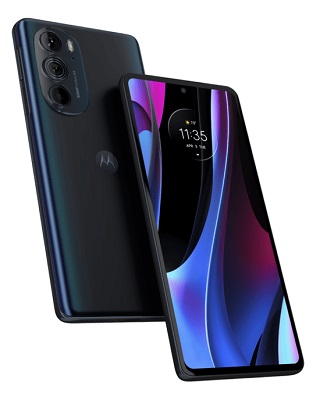 Unlike before when most Moto phones were weak on hardware, latest additions are pretty much up there when it comes to hardware specs and features, even matching other devices from the likes of Samsung, Oppo, and Xiaomi.

Of course, Samsung is in a league of its own, and not much Moto can do to directly compete with the Korean company.

However, there’s room for Moto to compete against the likes of Oppo, Vivo and Xiaomi, especially in markets outside the U.S. such as India and Europe.

The company seems to be getting the right balance in terms of hardware, and even stepped up its software experience with the new MYUI skin that boasts a near-stock experience resembling the Pixel UI.

However, there’s a huge problem when it comes to software updates, both in terms of timeliness and number of major OS updates accorded to Moto devices.

Case in point is where the Motorola Edge 20, a premium midranger from 2021, was set to bag only one major OS update but after an uproar Moto changed mind and promised two Android updates.

But it’s not the only Moto device affected by this. At a time when other Android vendors are offering up to three OS updates or even four in the case of Samsung, Motorola is still stuck on one or utmost two OS updates even for its premium phones. That’s just unacceptable by today’s standards. Even worse is the speed of rolling out these updates. As I pen this, Android 13 is under the developer preview, yet Moto is still dishing out Android 11 updates to its devices.

Unless you just came from a cave, it’s been over two years since Android 11 hit the developer preview.

Granted, we might still be talking about Motorola Android 12 updates come 2023, which is just absurd.

It’s even more absurd that owners of some Motorola devices are often forced to enquire about details of if their units will be updated to a certain OS, something you don’t see with the likes of Google and even Samsung thanks to their effective communication.

As noted earlier, Motorola has improved the overall software feel with the new MYUI skin that runs on top of Android 12.

But what good is it if those on older Android 10 and 11 devices may have to wait for a couple or so years before actual getting a hands-on experience with this new UI?

Even worse is that some capable devices that came with Android 10 might never get a taste of this new UI since they are only eligible for a single OS upgrade.

If anything, Motorola needs to step up its Android software update game to stand any chance of competing against many Chinese OEMs that are quickly getting better at offering software updates even to their budget devices, or risk getting stuck in the same place while others prosper. The competition in the chasing pack is stiff, since every other vendor wants to close the gap on Samsung. With hardware pretty much at its peak, software is the game changer and yet Moto is still lagging behind the rest.

In the U.S., Moto was a major player in the budget category, but its poor run of software updates that includes lack of major OS updates for its budget Moto E series has seen it plummet and now OnePlus is ahead of the game.

No doubt the U.S. market was fond of Moto phones thanks to the near-stock experience and affordability, but no one is waiting for two years just to get one OS update when Samsung has a much better software update experience.

Besides speeding up the rollout process, Moto also needs to offer more OS updates, at least three for its flagships and perhaps even two for all of its budget models.

Samsung provides up to four major OS updates to some of its midrange A series phones, something not even Google can match.

Moto needs to pick up a few lessons from Samsung, otherwise, it won’t stand a chance against the growing influence of Xiaomi and Oppo, among other Chinese vendors, especially in budget-centric markets like India and even Europe.

What are your thoughts? Let us know by participating in the poll below or in the comments section at the bottom.

[POLL] Is Motorola's software updates approach good enough for you to stay loyal to the brand?

Vote below and read the opinion piece here:https://t.co/jMUk15SaNR

The results for the poll are out, with an overwhelming majority (over 91%) saying they won’t stay with Motorola given the company’s current software updates approach.

In case you missed the poll, you can still share your thoughts by leaving a comment at the bottom of this page. 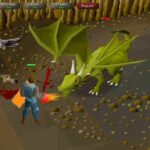 RuneScape high ping issues on all worlds trouble many, Jagex aware & looking into it