In addition, the Spotify Connect feature allows you to stream your favorite music and podcasts to your compatible smart speakers, increasing the possibilities.

However, it seems that some users of Amazon Echo devices have been facing playback issues when trying to stream their music from Spotify.

More specifically, Spotify music cuts out or stops suddenly on Amazon Echo devices for some, according to multiple reports (1, 2).

Spotify music cuts out or stops briefly on Echo devices

Some Spotify users are currently unable to properly enjoy their music on Echo devices as the audio cuts out or stops for a short time every few seconds, with no apparent explanation.

Echo Show 5 audio stops for a split second and resumes

Got a few echos in the house, but my show 5 is acting weird. When listening to music from Spotify through the phone, every some seems to have 3 “quick” pauses…which you would almost mistake for buffering. This is the only device that does that though. All other echos stream just fine.

And I do get the static/popping every once in a while as well.
Source

Some users even did a factory reset on their Echo devices, but that didn’t help resolve the issue.

Like the title says, I have a 2nd generation Echo that keeps cutting out (Spotify). I have rebooted, done the factory reset, switched from the 2.4 to 5.0 GHz network (router is about 20 feet away). Doesn’t seem to matter how much or little competition for wifi there is, either. I’ve also reset/rebooted the modem and wifi routers. What else can I do?
Source

Also, it seems that the problem has been present for several weeks. Some reports suggest that the erratic behavior of Spotify music playback on Echo devices has been going on for at least a month.

Spotify forum moderators confirmed that the issue has already been escalated to the development team. They are currently looking into it, but there are no details on an ETA for the fix yet.

We’ve received reports that the music occasionally cuts out when listening to Spotify on Amazon Echo devices. This occurs both when controlling the music directly in the app and with voice commands.

Thanks for reporting this issue to us. We’ve passed your info on to the relevant team, who are currently looking into it.
Source

There are also no workarounds to help resolve or mitigate the issue while the fix arrives. We will update this story as events unfold.

01:49 pm (IST): A moderator on the Spotify community has informed users that they are currently investigating this issue. However, they don’t have any ETA for the fix. 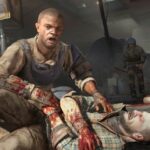 Dying Light 2 Don Quixote trophy still locked or bugged for many; other trophies likely affected too (workaround inside)