If you are into top-down games, Lost Ark is one of the latest and hottest action RPGs on the internet right now. Ever since its release, the game went viral and is now the second most-played title on Steam with more than 1.3 million players.

Having said that, players recently complained about matchmaking and the missing Stronghold Lab secondary research slot after the March update. And now, Lost Ark players are saying that Tytalos is unbeatable. Reports (1,2,3,4,5,6,7,8,9,10) suggest that after the March update, he is not spawning sandstorms or tornadoes and using the wipe mechanic.

In case you did not know, the wipe mechanic kills players in one shot, making it almost impossible for even high players to beat him. Some say that he uses the wipe mechanic over and over after the first sandstorm appears.

During the Tytalos guardian fight, everything works well during the first sandstorm spawn > red lightning earthquake > AOE attack, where you need to either run far away or get the sandstorm debuff x3 to become invulnerable & stunned. Now after that 1st scenario occurs, the sandstorms and red lightning earthquake no longer occur. If you are not already at a distance, then there is no way to get far enough away to survive, unless you have close to full health. I’ve run this 5+ times now via matchmaker and it’s broken.
(Source)

After the first sandstorm spawns, he wont spawn more and just does his charge-attack. The first sandstorms dissapear and he does not do his 3 slams that indicate the charge attack that is coming. This sometimes resets if he burrows and goes elsewhere, but that’s besides the point. I also noticed in one of my carries how he didn’t even spawn the fire balls at all in phase 2. I have been helping parties over the last few days, but it is attrocious this has not been addressed yet as it gates guardian progression and REQUIRES carries.
(Source)

Thankfully, it looks like a Lost Ark forums Community Moderator noticed the issue and said that Tytalos is in fact not working as intended. They also escalated the issue to the concerned team.

Welp, appreciate the report, obviously not working as intended and we’ll make sure the team knows.
(Source)

We hope the developers soon fix the issue where Tytalos is unbeatable and not spawning sandstorms or tornadoes. When they do, we will be updating this article so keep checking this space for more information.

09:31 pm (IST): Lost Ark on Twitter has confirmed that they are working on a hotfix that will resolve the Tytalos Guardian Raid issue. This update will be released today. 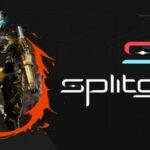 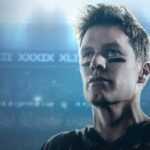 [Updated] ESPN Man in the Arena episode 10 not airing or unavailable, issue acknowledged