Sea of Thieves is a multiplayer adventure and exploration game set in a pirate universe. It is developed by Rare and has been available since 2018 for Windows OS and Xbox consoles.

Sea of Thieves Season 6 update arrived a couple of days ago (March 10) with a lot of new content like forts, rewards, Pirate Legends, achievements and more.

Sea of Thieves world events are massive raids or quests where players take on big challenges and bosses through various stages. They also offer great rewards if you are able to complete them.

World events not spawning and neither seeing skelly sloops/galleons

So i have been playing quite a bit today but 2 things i notice so far. No world events popping up I haven’t seen one in hours, are the small forts maybe the problem and count as world events ?

Need to be confirmed by others but i have not seen any skelly sloops and galleons for hours either.
Source

Many players have not been able to find a single world event after many hours of playing. Events are not spawning even after visiting all the new forts.

Anybody have seen a world event since the update?

Been playing since the servers are back up again and visited all 6 new forts. No world event seen during the whole time. Switched multiple server and haven’t seen anything besides a reaper chest.
Source

The issue persists even after official tweaks

It’s worth pointing out that complaints about the issue soon reached the Rare team. At that time, the company published an official acknowledgment on the matter.

Shortly after, the company implemented some changes that were supposed to mitigate the problems.

After further investigation, the team have implemented several changes to mitigate the earlier reports around World Events. We will monitor these changes and their impact overnight and update players tomorrow.
Source

However, players continue to experience the low frequency of world events appearing even after the changes.

Despite the changes implemented yesterday, we’ve seen continued reports of a lower than usual frequency of World Events. Investigations will be ongoing throughout the weekend with a view to further changes next week – more details as soon as we have them.
Source

The Rare team notes that they will continue to investigate the issue throughout the week. But, there is still no estimated arrival date for a definitive fix. 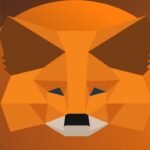