Apple rolled out a new update to its various AirPods earlier this month with firmware version 4A400, tagging along a much-awaited function.

For the uninitiated, the update to iOS 15 has been out for a couple or so weeks now. With this release Apple introduced separation alerts in the Find My app. Using this function, iPhone owners running iOS 15 will be notified whenever they leave behind an AirTag or other Apple gadgets for that matter.

However, support for AirPods wasn’t included in the initial release, and instead device owners had to wait until a week ago with the October 2021 firmware update.

Now, going forward, iPhone users will receive notifications on their phones whenever they happen to have left behind their pair of AirPods.

For those with this forgetful habit, support for separation alerts is a boon. However, it is turning out to be a hit and miss for some of those already using the feature.

lmaoo happened to me yesterday, got in my car drove off and had a mini heart attack when i read it. airpods where in my pocket
Source

Yep, happened to me yesterday and I’m on the latest iOS 15.0.2. Got notified, but AirPods were with me in the car (2 ft. away from the phone)…
Source

Apparently, a bunch of iOS 15 users are reporting that they keep receiving false notifications claiming they left behind their AirPods while in actual sense they are right next to the phone or in their pockets.

Sure, being a new function, one might expect certain scenarios where it may malfunction. However, it’s becoming annoying for those affected thanks to the frequency with which the error is occurring.

Below is a screengrab of how just frequent one of those affected has been receiving false alerts about leaving their AirPods behind. It’s also worth noting that the issue has been occurring even after the most recent iOS 15.0.2 update that came out just this week, implying a fix is yet to be applied.

But then again, Apple hasn’t acknowledged the issue, so it may be futile at this point to expect a quick fix. On the brighter side, Apple hardly acknowledges such issues, and instead only pushes an update to address them.

This is what affected AirPods users will be hoping to see from Apple when the next update drops, be it iOS 15 or AirPods firmware, as long as it stops the false alerts that they left their Pods behind.

We will be keeping a close eye on this development and let you know when it’s addressed in official capacity. Meanwhile, check out our iOS 15 bug tracker for related issues and their current status.

The issue was first reported on iOS 15 and now fresh reports are coming even after iOS 15.3.1 update. And yet there’s no fix for this annoying bug. 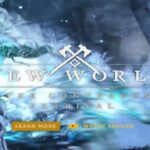