The latest by Google is the Pixel 5 series with the Pixel 6 coming on October 19 this year. It will be the first device to be powered by Google’s in-house SoC.

Even though Google has control over Pixel devices, users have reported a number of issues with the lineup ranging from some Pixel 3 stuck in EDL mode while Pixel 5 owners complained about display gap problems. Having said that, Google Pixel 5 owners are now reporting an issue with Bluetooth audio. Many say that even though they have connected their Bluetooth earphones or headphones, the audio is routed through the phone speaker.

It is really weird since the issue was non-existent sometime ago. Moreover, it looks like users are unable to revert back to Bluetooth audio output when the issue happens.

People say they are able to control the Bluetooth device and that the issue pops up randomly. Reports suggest that other Pixel devices are affected as well.

When I connect my buds they work normally for 5 mins then the audio starts to come from phone speakers though the buds are showing connected and phone showing that the music is playing from buds but actually sound is coming from phone speakers .
Ps – pixel buds are working fine with other devices so I think the problem is with phone bluetooth connectivity or so ?
(Source)

The problem is just started last week. The audio from any app (podcast, youtube, Spotify, ….) is playing only for 30 seconds (and that’s 30 seconds, not 28 sec nor 32 sec) when the Bluetooth headset is connected and after that, it will be switch to the speaker of the phone. The connection is not lost, as I can control the phone via the headset. I’ve tried multiple Bluetooth headsets and all are in the same situation.
(Source)

Pixel owners say they have tried restarting the phone, pairing their Bluetooth devices again, clearing BT cache but nothing seems to work.

Fortunately, users have found a workaround that seems to be working for some.

In case you are affected by the same issue, try uninstalling apps that were recently updated. Many say that the problem was fixed after they uninstalled the Alibaba app.

Thanks Alvaro, the only common app I see is Alibaba, I will try and uninstall one by one and try to find which one caused the issue. will keep this post updated
(Source)

Same issue for me and works fine after uninstalling Alibaba app, will post an update if it holds good for next few days
(Source)

I can confirm it is the Alibaba app, oh my god finally! Thank you all this has been frustrating me for about 2 weeks now!
(Source)

Google is yet to acknowledge the issue. We will keep an eye and update this article once we come across more information so make sure to keep checking this space.

In the meantime, make sure you check out our dedicated Google Pixel Android 12 bug tracker if you are experiencing some issues.

10:45 am (IST): The March 2022 update is now live for Pixel phones and it also brings Android 12L. The update carries various features, improvements, and bug fixes.

It also includes several bug fixes and improvements related to Bluetooth. This means that users should not experience any audio issues after installing this update. 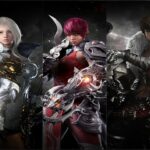 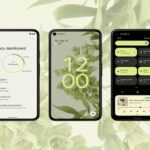