Riot Games launched Valorant in 2020 as a new multiplayer Hero-FPS with a free-to-play format. Currently the game is available for Windows OS devices.

Valorant challenges you to face 5 vs 5 battles taking full advantage of each character’s unique abilities. However, one of the characters was having serious problems during matches.

More specifically, Cypher was causing a crash in Valorant when some players took advantage of an exploit. Due to this, the company decided to temporarily disable the character.

Cypher missing from Valorant due to an exploit

Is it just me or is a cypher gone from the agent selection screen and isn’t in the agents tab what so ever?
Source

This especially affects players who use Cypher as their main character during matches.

As a cypher main who only knows 2 things in life, 1) be annoying and kill others using cypher 1 ways and 2) suck dick. Now this affects me greatly because I dont know how to play anyone else 😅
Source

Apparently some Valorant players were taking advantage of an exploit through Cypher’s abilities.

Basically, the Cypher exploit caused a crash that returned players to the main menu. In addition, the match in question was deleted from the game’s database, according to the reports.

On Bind, if you put a tripwire on B main ‘door’, when an enemy passes on the game would crash, & every player would return to the main menu as if game never happened.
Source

Through the exploit, some players who were losing a match were able to return everyone to the main menu, without getting an abandonment penalty (1, 2, 3, 4, 5, 6).

Reports from some players who experienced the exploit describe its effect in more detail:

I played a comp game right after Cypher was disabled. It was on Fracture and two rounds in, three of my teammates simultaneously disconnected (one of them being my duo) and we had to surrender. It was really weird, makes me think that this issue isn’t confined to just Bind/Cypher.
Source

The Riot Games team is already aware of the Valorant issue, so they decided to disable Cypher while they resolve it. However, there is no estimated arrival date for a fix yet.

Yoru and Astra are now back in your Compet queue. Thanks for all your reports! But…we’re disabling Cypher everywhere until we can fix an exploit. Send us your energy.
Source

We will keep our eyes open for further developments on this matter.

05:32 pm (IST): Valorant has confirmed that this issue has now been resolved and Cypher is again back in all queues.

Cypher has found his hat and is now back in all queues. Thanks for your patience on this one! (Source) 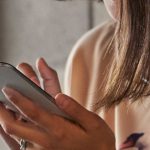