Initially released in 2019, Splitgate came to consoles in June last year. Developed and published by a small studio known as 1047 Games, it quickly gained popularity thanks to its infusion of Halo-style shooting with elements brought over from Portal.

But in the last few months, Splitgate players have complained about several issues such as lobbies full of bots and the game crashing on Linux during startup. While 1047 Games are quick to fix issues affecting the game, new bugs and issues are still popping up.

That being said, Splitgate players say (1,2,3) they are unable to complete the Season Challenge ‘Win 10 matches in 5 different playlists’.

Many say the challenge is bugged since the start of Season 2 and that they are unable to progress no matter what they do.

The developers said they were aware of the issue and had restarted the counter and fixed the issue but it looks like the problem still persists.

Below are some reports from Splitgate players who are unable to progress in the ‘Win 10 matches in 5 different playlists’ Season Challenge.

Win 10 Matches in 5 Different Playlists still bugged?
I bought the battle pass at the beginning of season 1. I checked tracker.gg for season 1 and I have 17 wins in “unknown” (pistol swat) 18 in team Fiesta, and 14 in SWAT, but the challenge only says I have 1/5. Any word on when it will be fixed?
(Source)

Win 10 matches in 5 playlists challenge???
Hi Can someone explain the win 10 matches in 5 different playlists please? What counts and what doesn’t. Is it Win 10 in each of 5 playlist = 50 wins or is it win 10 across 5 playlists = 10 wins?? I’m on 3/5 and not sure now what has counted and what hasn’t, I’ve played several modes long enough to know I’ve got more than 10 wins in it but is hasn’t increased the progress. Appreciate any help!
(Source)

Thankfully, Splitgate developer 1047 Games has commented on the matter and said that they will be looking into the issue. However, they did not share any timeframe on when the challenge will be fixed.

Hmm, then maybe there is still an issue. We will take a look
(Source)

We hope the developers soon find out the root cause of the issue since many players have completed almost all challenges except this one.

As always, we will keep an active track of the developments on this one and let you know once it is fixed so stay tuned for updates. 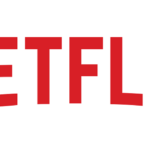 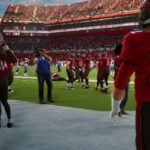