A few days ago, Samsung launched the Galaxy S22 series. It consists of three devices, with the Galaxy S22 Ultra the most premium phone in the lineup.

Powered by Qualcomm Snapdragon 8 Gen 1 and Samsung’s in-house developed Exynos 2200, the Galaxy S22 Ultra comes with One UI 4.1 and Android 12 out of the box. 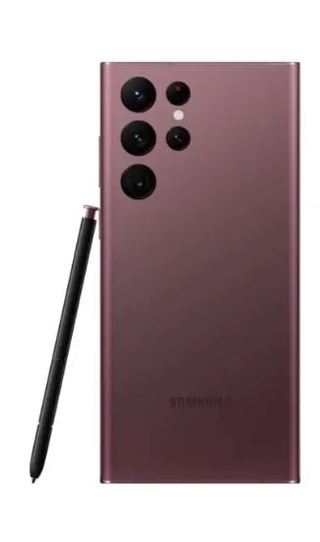 But now some early adopters who managed to get their hands on the Samsung Galaxy S22 Ultra are now reporting (1,2,3) an issue where pink pixels appear on the screen.

Many say that all they see is a column of pixels with jumbled data. However, the issue seems to be limited to the Exynos variants. You can see in the video below what the problem looks like.

Below are some reports from Galaxy S22 Ultra owners affected by the pink pixels issue.

Many early adopters of the Exynos S22 Ultra seem to be experiencing an issue with their phones where a column of pixels is displaying jumbled data. This typically is a hardware issue, caused by a loose display cable or fault in the display or GPU. The other reason this is likely a hardware issue, is because only the Exynos models are having the issue, I have not seen anyone with a Snapdragon model post about this issue yet.
(Source)

Hey, Having these odd problems with my S22 Ultra. Had it for a few days and only recently changed the resolution to the max setting. After that I’ve started to notice these odd lines appearing on the screen. These problems disappear when I switch back to the FHD+ setting and only seem to happen when touching the screen. I’m guessing it’s a software issue?
(Source)

Unfortunately, Samsung is yet to say anything on the matter. However, we did come across a workaround that involves changing the display profile to VIVID indicating that the problem is related to the new AMD GPU.

It seems like setting the screen to vivid fixes the issue. Still looking for a proper fix as I’d like to use all the features I’ve paid for.
(Source)

We hope the Samsung Galaxy S22 Ultra pink pixels issue is limited to software and the developers find out the root cause of the problem as soon as possible.

If and when they do, we will be updating this space to reflect the same so make sure you stay tuned to PiunikaWeb for more information.

In the meantime, make sure to check out our Samsung Galaxy S22 series bug tracker to see similar issues.

04:26 pm (IST): A moderator on the Samsung community has acknowledged this issue and said that the company is aware of this glitch.

Moreover, they have prepared a fix for this issue that will soon arrive via a software update on Galaxy S22 Ultra. And until then, users are recommended to change the screen mode to Vivid or resolution to FHD+.