Developed by Sledgehammer Games, COD Vanguard is the latest installment in the Call of Duty franchise. The game returns to the origins of the saga with a setting based on World War II.

A few days ago the game received its Season 2 update with a new battle pass. The update brought new items, skins, weapons and other changes.

However, there are still certain glitches that need to be fixed and remain after the update. The issues present in COD Vanguard not only impact gameplay, but also visual elements such as skins.

A glitch in the Beatrice Parisian skin causes visual glitches. The most common is that when equipping the skin, the character is shown with her classic base skin instead of the new one (1, 2, 3, 4, 5, 6).

@SHGames Beatrice’s new skin called Parisian does Not display when being used in Vanguard. It displays her older skin but not the new one. Please fix.
Source

@Activision @ATVIAssist can you tell me why the season 2 battle pass tier 20 skin for Beatrice is exactly the same as her base skin??? 🤨🧐🤔
Source

In other cases the glitch causes Beatrice’s hat to be misplaced, which produces a strange visual effect on her head (1, 2, 3, 4, 5).

Sledgehammer Games is already aware of this issue. The company has disabled the Tier 20 reward from the Season 2 update while they work on a fix. Players who meet the requirements will receive the skin when it is fixed.

The Tier 20 reward in the Season Two Battle Pass has been disabled due to a known issue with the Beatrice Parisian skin. This reward will be granted when the fix is implemented in Vanguard’s next update.
Source

Some COD Vanguard players are also having issues with the Diamond Operator skin. In this case the problem is that you cannot unlock it even if you meet the requirements (1, 2, 3, 4, 5, 6, 7, 8, 9).

@SHGames the diamond for the barbarian operators are still locked for me. all my other Operators have their skins unlocked and are max level. has there been a fix put out yet?
Source

This problem is not exactly new, and the company even claimed that with the Season 2 update it had been resolved. However, after the update the bug remains.

Hey everyone, I am having problems with unlocking The diamond Operator Skins for the Shadow group even though I maxed every operator out in the 4 original groups. In the most recent patch Notes for season 2, there is supposed to be a fix for this and I do not see that anything has changed. Source

Sledgehammer Games has not made a new statement regarding the Diamond Operator skin glitch. We will update this story once there are updates related to the matter.

04:32 pm (IST): Sledgehammer Games has released a fix for the Beatrice Parisian skin issue and also confirmed that Tier 20 rewards will be distributed to players in the next update.

NOTE: You can also check the bugs/issues tracker dedicated to the Call of Duty series. 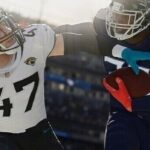 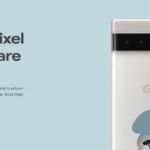