Call of Duty: Vanguard is the 18th installment in the celebrated Call of Duty franchise. Developed by Sledgehammer Games and published by Activision, Vanguard’s storyline explores various theatres of World War II.

With Activision dropping Raven Software in favor of Sledgehammer Games, many thought that Vanguard won’t be infested by bugs similar to how Warzone did.

But soon after its release in November last year, players were disappointed to find that the game was plagued by several bugs and issues. And while the developers are trying their best to fix these issues, new problems do surface every now and then.

That being said, Call of Duty Vanguard players are now reporting (1,2,3,4,5,6,7,8,9,10) that the game is crashing at the menu title while others say that they are stuck at a black screen.

It looks like the problem surfaced after a recent Battle.net maintenance update. You can see in the image below what the error message looks like for some.

@MarvelStrikeF i had updated my game yesterday and i having some problem with it now, first I was force to redo the beginning of the iso 8 story and wrap the iso off my shield med and every time i try to do an raid batter the game crash on me. what id going on?
(Source)

#vanguard music and menu sounds can be heard, but my screen only displays my cursors on a black screen. The developer intro music plays, I can hear myself scrolling through the menu, but i can’t see any of it. Help 🙁
(Source)

While COD Vanguard developers are yet to say anything on social media, if we take a look at their Trello board, it looks like they are aware of the crashing issues.

The card also suggests that the problem is currently under investigation. But, there is no ETA on when the crashing issues will be fixed.

We hope the developer fixes it as soon as possible so players can enjoy Call of Duty Vanguard once again.

When they do, we will be updating this space so stay tuned. In the meantime, make sure you check out our COD bug tracker to see similar bugs and issues affecting players.

11:43 pm (IST): Sledgehammer Games has confirmed that a fix has been scheduled for the issue which is causing some players to crash in mid-match. 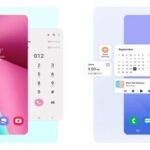 Samsung Android 12 (One UI 4.0) update breaks auto-rotate (does not recognize orientation) for some 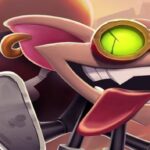