Google recently launched its Pixel 6 lineup alongside Android 12 just a few months ago. Naturally, Pixel devices were the first in line to receive the special Google treatment.

While the operating system brings in several improvements and new features, Pixel users have criticized Google with some saying that Android 12 is the worst OS when it comes to bugs and issues. Now, Pixel owners are saying that after updating their devices to Android 12, they are facing an issue where the keyboard is either not popping up for them or disappears when they receive push notifications.

This is a really annoying issue since it is preventing users from normally using the device with many saying that the keyboard stops working whenever they are searching for something or replying to someone.

Some say that the issue persists until they reboot their device, making the phone unusable for many. Users said they tried stopping the keyboard app manually and clearing data but nothing works.

This has been the buggiest experience I’ve ever had with a pixel phone, been using the pixels since the 2. keyboard will stop appearing. It’ll be fine then all of a sudden I’ll tap on a text field and nothing. No keyboard appears. Changing/closing apps or switching the keyboard won’t make it appear either. The only solution is to restart my phone. This has happened with both Gboard and Swiftkey so it seems to be an OS issue, not a specific-keyboard issue
(Source)

My keyboard will not appear over time, many times throughout the day since the android 12 update. This is for both gboard and swift key keyboards. This issue happens when I open an app, select a field to type in and the keyboard will not come up at all for any app thereafter. Clearing the keyboard app cache does not resolve the issue. Only a reset resolves the issue. This happens numerous times throughout the day. The keyboard works fine when it/if it does appear.
(Source)

Since there is no official word from Google yet, it is still unclear if and when the Android 12 keyboard issues will be fixed. Until then, those affected will have to live with the bug.

We hope the developers soon acknowledge and find out the root cause of the issue. When they do, we will be updating this space so stay tuned for more information.

In the meantime, make sure to check out our dedicated Pixel Android 12 bug tracker to check out which bugs and issues are currently affecting them.

04:46 pm (IST): If you are still having this issue, then here’s another workaround suggested by one of the affected users. You can try and see if it helps. The user related this issue to the Google app and clearing cache/data of it fixes it. 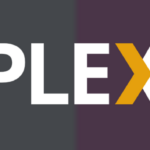