Apple’s iOS 15 arrived last year as the latest iOS major update. Over the months it has received new incremental versions with multiple improvements.

Users of the Canadian carrier Public Mobile are currently unable to use cellular data on their iOS devices with 15.4 beta. This problem started with beta 1, but seems to persist in the most recent update according to reports.

Public Mobile carrier users could be the most affected by iOS 15.4 beta as it caused the cellular data function to stop working on their iPhones.

Just a warning to those on Public Mobile (Canada). I was excited to try Face ID with mask but when I got out of the house, noticed that I couldn’t get any data. Tried everything – restarting, updating APN, playing with the new celular data options, nada. I’ll have to switch back to 15.3.
Source

I have an iPhone 13 pro max and am on iOS 15.4 Dev beta. My data hasn’t been working, whenever I turn it on it shows as 3G on top and gives me the error “Could not activate cellular data network”. I have tried pretty much everything.
Source

As mentioned above, the issue started from the first iOS 15.4 beta. A second beta with some bug fixes has been available for a few hours.

However, users report that the cellular data issue is still present in the most recent beta version. So, Public Mobile carrier users should avoid installing iOS 15.4 beta on their iPhones.

[iOS 15.4 developer beta 2] Cellular data still not working for Public Mobile – avoid if you use this carrier!

Hey everyone! This is a follow up for anyone else who experienced a total loss of cellular data connectivity on iOS 15.4 Beta 1 – updating to beta 2 does not fix this issue – stay on 15.3 to keep your data plan connected!
Source

The possible cause of the problem and a workaround

Some users suspect that the cause of the problem is that iOS 15.4 beta lost the ‘3G’ option in Cellular Data Settings.

Looks like it’s related to 3G being gone in Cellular Data Options and PM being 3G. This evening I got a carrier update and I thought it could somehow fix it but it didn’t do anything. As of now I still can’t decide if I’ll wait for a fix or just go back to 15.3.
Source

The absence of the ‘3G’ option in Cellular Data options especially affects the carrier Public Mobile since it relies heavily on 3G connectivity for its cellular data service.

So, if the OS stops supporting 3G cellular data, Public Mobile users will be unable to connect to the internet.

There is still no official acknowledgment from Apple on the matter. Users impacted by the glitch can only downgrade to iOS 15.3 and wait for further updates.

To roll back the update to iOS 15.3, you can follow the steps below:

The process described above does not require a factory reset, so you will not lose your data. We will keep our eyes open as events unfold to update this story.

NOTE: You can also check the bugs/issues tracker dedicated to iOS 15. 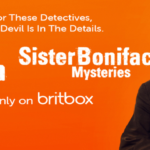 [Updated] BritBox not working or throws 'not currently available in your country' message? You're not alone