Splitgate is a unique free-to-play multiplayer shooting game that is developed and published by 1047 Games. Last year, the game gained massive popularity with some saying that it is one of the best games of 2021.

That being said, Splitgate developers recently announced the start of Season One, which is technically the second season. The developers also decided to make some changes to the Quick Play system to reduce the number of bots in the game. But it looks like the majority of players (1,2,3,4,5,6,7,8,9,10) are not liking the changes.

Many Splitgate players are now reporting that they are unable to play their favorite game mode since the game no longer has the option to choose game modes.

Not being able to choose the game mode like we used to is one of the most disappointing things about this update. They clumped the game modes together in different categories so you have to hope you get the one you want. I wanted to play my daily spiltball rounds and find I have to hope I get in one now. I didn’t even have team deathmatch selected but that’s where I loaded in first round of beta season one. Can we please go back to choosing what game mode we actually want to play?
(Source)

It looks like the recent update to the game mode selection system is causing many players to leave matches if they don’t get their preferred game modes, which in turn, fills these matches with more bots.

Moreover, many players say that the changes have upset them and that they are not enjoying the game anymore.

We hope the developers listen to its player base and revert the changes made to the Quick Play so players can once again play their favorite game mode.

Rest assured, we will be keeping an eye out on the matter and update this space when we come across more information so make sure you stay tuned. 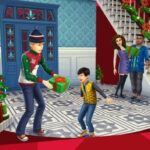