Space Engineers is an interesting open world game born from the minds of Keen Software House directly aimed at fans of space exploration.

The developers of Space Engineers offer the player an experience of survival and building through many planets in outer space.

‘Warfare 2 Broadside’ recently arrived as the latest update to the game. As the name of the update suggests, it’s focused on boosting its gunplay combat mechanics.

However, it seems that the update also brought some bugs. The Space Engineers ‘Jump Drive’ mechanic is not working properly now according to multiple reports (1, 2, 3, 4, 5).

For those who don’t know, Jump Drive allows the player to travel long distances instantly. This speeds up exploration across the multiple planets in the game.

But, some Space Engineer players are currently unable to use the Jump Drive tool. They cannot activate it under any conditions after the most recent game update, according to reports.

After the latest update, under circumstances I can’t determine (although it’s always on a return trip after mining), my jump drives on large ships can’t jump anymore. It just display the message that tells you jump drives can’t be used to jump into natural gravity.

This is despite the facts that I’m nowhere near a natural gravity field or planet. And, my jump is in the exact opposite direction from the surface of the nearest planet.
Source

So I recently installed and started playing with the energy shield mod, and I love the idea but I’ve run into some issues. Mainly that after I started using it, jump drives in any world with it active don’t work and just say that I can’t jump into a natural gravity field no matter where I am and where I’m jumping to.
Source

The Warfare 2 update seems to have broken Jump Drives for me. No matter what the situation it says cannot be used to jump into a natural gravity well. Even when attempting a blind jump into deep space from a high orbit over a planet (confirmed no gravity between A and B).
Source

The Keen Software House team is already aware of the glitch and promises that the fix will arrive in a future update. However, there is no information on an estimated arrival date for it.

Meanwhile, some players found a potential workaround to mitigate the issue. Basically, you can try to create a new GPS point on the map.

We will update this article as events unfold if new pertinent information emerges in the near future. 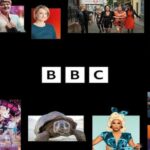