YouTube TV is one of the most popular TV services on the market. Since its inception, it has established itself as an interesting alternative to other big names in its segment.

YouTube TV offers a complete set of base channels, along with the option to add other channels and TV networks. In addition to the above, the unlimited cloud-DVR feature is highly valued by users.

Having said that, in the last few weeks, some YouTube TV users have been facing freezing issues during ads or commercials.

According to multiple reports, the ads or commercials screen causes YouTube TV to freeze for some users. When the glitch occurs, the screen reportedly turns black and nothing else happens.

The only way to resolve the black screen issue is by changing the channel. When the user returns to the channel that presented the issue, everything returns to normal.

Has anyone encountered this problem? Watching the Bowl games but it seems like every commercial the ad screen comes on goes black and freezes itself not even exiting the commercial break. Each time I have to switch to a different channel to get back to the program I was watching. Does anyone have a fix or a way around this?
Source

Can’t watch MNF, google ad keeps freezing playback. WEEKS of this and nothing from YouTube or google. Enough is enough. Stop forcing ads over the commercials if it breaks the entire steam. I shouldn’t have to buy a 200 dollar extra thing to play when the Samsung app and fire sticks always worked.
Source

It should be noted that this problem has been present for several weeks. In fact, there are related reports dating back about 1 month.

Recently, YouTube TV team confirmed that they are already aware of the freezing issue that occurs during the display of ads or commercials. The glitch has been escalated and hopefully it gets resolved in the near future.

Thanks for the screenshot – we’ve seen similar reports about YouTube TV freezing during commercials and are passing this along. We also recommend sending a feedback report directly to our team from the device & account experiencing the issue: https://yt.be/help/EZxU.
Source

We’ll keep our eyes open and update this article once we have new information on this issue, so stick around.

To top it off, you can check the YouTube bugs/issues tracker to stay on top of everything. 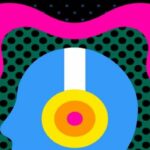