Call of Duty: Black Ops Cold War is a first-person shooting game that is set during the early years of the Cold War. Developed by Treyarch and Raven Software and published by Activision, the game was launched in November of 2020.

It also features the return of Alex Mason with him being a playable character in some of the missions. Call of Duty: Black Ops Cold War quickly went on to become the best-selling video game in the United States. That being said, players recently reported an issue with the Marshal Dragon Breath attachment while dual-wielding and unlock progress for E-Tool not tracking.

It looks like the bug is affecting Black Ops Cold War players irrespective of their player level and requirements to unlock weapons.

However, Modern Warfare and Vanguard weapons seem to be unlocking normally. It is a really serious issue since almost half the weapons are unusable for new players.

Yup, the guns do not unlock (doesn’t matter if you have cw or not, i have it) you can only use the blueprint guns and weapons you can unlock via challenges (swiss k91 is a example), i am unsure if weapons such as ppsh41 unlock in warzone if you unlock them via challenge only available in cold war (as I didnt check yet). Either way, unless the weapons are not unlockable via them being available only for a certain season im 99% sure this is a bug, if anyone found a fix help would be appreciated
(Source)

Hello, I downloaded Warzone a couple days ago, started playing 0-24, but I noticed im not getting the Black Ops weapons, even though I am the required level. Other weapons its fine, I bought some coins and unlocked via blueprint, I cant use them this way, but I do not have access to gunsmith, which is really annoying. I sent a ticket, the usual, yeah we are working on it response came. Anyone else suffering with this problem? Any solution? I read you dont need BOCW to unlock those weapons. Thanks for any help
(Source)

As it turns out, Call of Duty Black Ops Cold War developers are aware of the issue where weapons are not unlocking on all platforms. You can look at the card on their Trello board in the image below.

However, they did not share any ETA on when it will be fixed. Nonetheless, we will be keeping an eye out on the matter and update this space as and when required so stay tuned.

In the meantime, make sure you check out our Call of Duty bug tracker to check out which issues are currently affecting players.

10:09 am (IST): Raven Software is now investigating the issue where players are unable to unlock the weapons irrespective of their level and other requirements. However, an ETA for when the actual fix will be released is not provided as of now. League of Legends issue with Esports stream drops or unavailable rewards gets acknowledged, fix in works 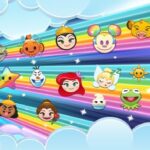