[Update: Jan 31] Comcast/Xfinity services down or internet not working? You're not alone facing this outage

Going by the latest information coming from services like Down Detector, it appears that Comcast is also having an outage in some regions as of now. Take a look at the outage map below: While responding to one of the affected users, ComcastCares has responded by saying:

Oh no! Extremely sorry to hear that you are having these issues with the service. Please let us investigate this and ensure you are able to get back connected. Can you please send a DM with your service address and first/last name. -TE

While Comcast outages are usually region-specific, it could be the case of regular maintenance as well. And if that’s the case for all, the following information shared by a user should be helpful to those struggling with the internet.

We are seeing user reports wherein it’s shown the company says the outage has been resolved. However, among users, not everyone is of the same view.

Looks like the Xfinity service is under maintainence today, after suffering a massive outage yesterday. The maintainence, as you can see in the screenshot shared by a user here, is of around 6 hours.

We are still seeing user reports that say the Xfinity service has been having issues for hours now (last 12 hours in this case).

The Xfinity internet issues seems to be never ending at the moment as we are now seeing a sudden spike in complaints again.

It’s difficult to say if any specific regions are affected and/or if it’s even an issue or scheduled maintenance. The Xfinity support, meanwhile, is only giving generic responses at least on Twitter.

Thanks for that! Can you please send us a DM @ComcastCares with your info? Let's have our team look into what's going on.

Going by reports surfacing on Twitter, it appears Comcast is undergoing an outage as of writing this.

Huh, another “scheduled” outage for Comcast that that they just forgot to mention was happening! Internet service out all night. WTF.

SEND A COURTESY TEXT OR AN EMAIL YOU JERKS.
@comcast

I am busy dammit!!
source

Apart from user reports, the Down detector also conveys an outage in some of the regions (as can be seen in the map below): A user has now shared the Maintenance notification which explains the internet issues.

Additionally, Support has also shared that the Xfinity Connect app has now been discontinued. Here’s what they said:

As of April 20th, the Xfinity Connect app is unfortunately discontinued in an effort to streamline our apps as much as possible for the best customer experience.

Going by reports circulating on Twitter, looks like Xfinity users are encountering internet issues as of writing this. The Down detector also conveys a Comcast outage (as can be seen in the live outage map below). 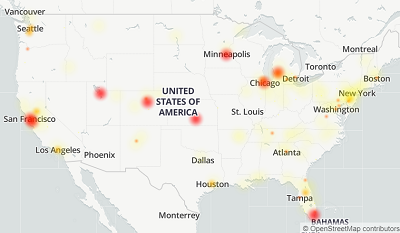 I’m so sick of these damn #xfinity outtages. Four times this week, and now the whole system is shut down, not just internet. Why do we let them charge us this much for unreliable internet.
source

Down detector conveys Comcast is encountering an outage at this moment, as can be seen in the live outage map below. Comcast/Xfinity is down again and users are experiencing internet issues. Downdetector also conveys an outage (as can be seen in the live outage map below). Going by reports, it’s yet another maintenance.

@comcastcares
does this “routine system maintenance” BS often, like twice monthly, all night long. Aka no internet all night long. As if nobody works the night shift. As if I never had a thesis to write that I stayed up late for. #comcastoutage #comcastdown #xfinityoutage
source

Hey
@Xfinity
if you’re going to do “scheduled” maintenance how bout you let people know ahead of time? There’s nothing worse than trying to get work done at night and everything goes down. A simple notification would allow customers to plan accordingly.
source

Going by reports of Twitter, it appears Comcast/Xfinity users are encountering issues in some areas.

Going by Down detector, Comcast is encountering an outage again as can be seen in the live map below. 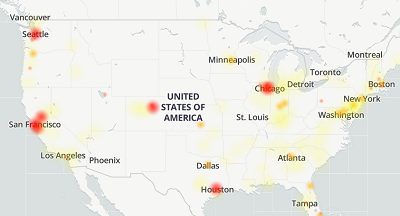 Going by reports proliferating on Twitter, Xfinity/Comcast users in some areas are experiencing an outage. Down detector also conveys the same as can be seen in the live image below: 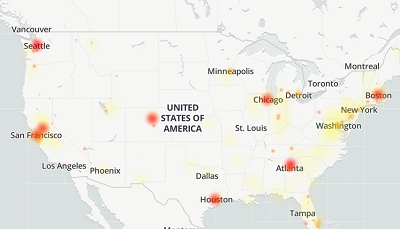 Twitter reports suggest Xfinity/Comcast users are encountering internet issues as of writing this. The Down detector also confirms the outage. Xfinity/Comcast users are facing internet issues again and the Down detector also conveys an outage (as can be seen in the map below). 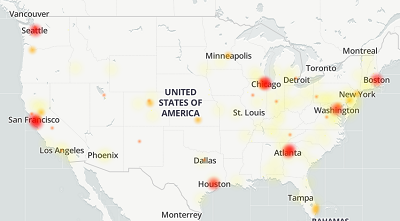 It looks like some Comcast users are again facing an outage of sorts right now. From comments on the Down Detector page to user comments on Twitter to other services that track service outages, we are seeing fresh reports of the issue pouring in from multiple directions.

Reports on Twitter convey Xfinity/Comcast servers are encountering an outage as of writing this. Down detector also reflects the same.

Looks like Xfinity/Comcast is going through an outage in some of the regions.

Many Xfinity users have been reporting that the internet service has been down for a few hours now. The company hasn’t yet acknowledged the outage.

Xfinity having an outage just killed my vibe. (Source)

Once again, it seems Xfinity users in certain areas are experiencing connection issues as the service is undergoing an outage. There’s yet to come an official confirmation regaring the problem today.

#xfinityoutage what’s going on in Miramar, FL? We have the whole freaking day with no internet, you said that service will be back at 6pm, now is 11:30 and we have NOTHING!!! (Source)

@Xfinity seriously? Internet outage and I find out when my security cameras are down??? Y’all really need to inform your customers. This is frustrating!!! (Source)

11:32 am (IST): Fresh reports on Twitter and Downdetector indicate that Xfinity users are facing issues with the internet services around the San Francisco area, Chicago, and a few other cities.

Well looks like my xfinity internet is down again (Source)

Oh good, so we’re not the only ones whose Xfinity TV AND internet are down. (Source)

12:41 pm (IST): User reports indicate that the service has been restored or is at least in the process of being restored.

It seems fixed now, all my friends in the area on xfinity have connected to the internet again (Source)

05:29 pm (IST): Xfinity support did put out a tweet confirming that the service was being restored and the root cause was being identifed after the outage yesterday. However, there’s been no follow-up to this.

Earlier, some customers experienced intermittent service disruptions as a result of a network issue. We have addressed the issue and service is now restoring for impacted customers, as we continue to investigate the root cause. We apologize to those who were affected. (Source)

11:50 am (IST): Fresh reports on Downdetector indicate that Xfinity users are facing issues with the service in multiple parts of the country.

At present, there’s no official word on the outage but we’ll keep an eye out for any developments on the subject and will post an update if and when we come across any.

12:20 pm (IST): It seems Xfinity users can’t catch a break. Multiple fresh reports on Twitter as well as Downdetector indicate that the service is still down for some users. Xfinity hasn’t acknowledged any outage yet.

Once again, Xfinity is having large nationwide outages. This is getting ridiculous at this point… it’s becoming a weekly/biweekly thing. No compensation…just “Sorry” With the huge bill we pay, we demand better. (Source)

Would like to thank @XfinitySupport @Xfinity for knocking out our service-including the feature controlling our thermostat—on the coldest night of the year. And then not picking up the phone. Some “experience upgrade” while my children freeze, you jerks! Worse service EVER! (Source)

06:29 pm (IST): Diminishing reports on Downdetector and social media platforms such as Twitter suggest that the outage with Xfinity services has been resolved for the most part.

01:05 pm (IST): Earlier today, many users stormed Twitter and Downdetector to report that Xfinity was down and not working. However, things seemed to have stabilized now and the service has returned to normal according to reports.

It’s back! Thanks for the reply though! (Source)

Xfinity hasn’t confirmed or denied the outage yet.

09:39 am (IST): Recently, the Xfinity subscribers have encountered an internet, TV, and Voice outage that lasted for a few hours. And when a user asked about compensation for this outage, this is what Xfinity support has to say.

We are happy to do that, once the interruption is over. We can’t give a credit yet until everything is back up and running. We want to make sure you get the full credit and not here and there for you. We want to give you everything all at once. -JosephB (Source)