Google Pixel 6 and Pixel 6 Pro phone users continue to discover the sections where these devices need improvement, as well as some issues that need to be fixed.

The most recent reports describe problems with the microphone and speakers of these devices. While for some users the voice picked up by the microphone is very low, for others the speakers sound low or muddy.

Microphone not working properly on Google Pixel 6 and 6 Pro

Google Pixel 6 series users report that the microphone of their devices presents operating issues. The component would not be correctly picking up the sound of the voice during a call (1, 2, 3, 4, 5, 6, 7).

The above reportedly results in poor audio quality during the call. So, the other person cannot hear well the user of the Pixel 6 or 6 Pro well.

@madebygoogle
Hi, I’m having issues with the microphone on my brand new pixel 6 Pro. It’s hardly picking up my voice even though I’m speaking directly into the speaker. Never had this issue with my Pixel 4. This is a big issue for me as I make video content everyday with my phone
Source

I have the new Pixel 6 Pro, and would like to record videos with it. The internal microphone has some issues with sound, as do most phones, so I bought an external microphone that was recommended: It’s the RØDE Videomicro, that was highly reviewed, and the RØDE SC7 TRS to TRRS cable, and a USB-C to 3.5mm cable so that that it all connects and works.

When I try to film, whether it’s using the stock app or the recommended Filmic Pro app, the sound level is very very low with the external microphone, but only on the Pixel 6 Pro. I tested with my old phone, the OnePlus 7, and it sounds fine, so only the Pixel 6 Pro has the problem.
Source

There are also certain reports where the microphone has stopped working completely. Google recommends affected users to contact support to investigate each case.

The speakers of the Pixel 6 and Pixel 6 Pro would not be working well either. Some users report that the sound quality is ‘way too muddy’. Also, only one of the stereo speakers would be working.

I personally hate the speakers on this phone. Sounds way too muddy, and it sounds like the phone’s vibration motor is vibrating to the sound of whatever is being played.

ALSO, I noticed there’s no sound coming out of the left bottom speaker. Does anyone else have this problem? (Test it by playing something, cover one side, and notice the buzz on your finger and the sound change. It just doesn’t seem right at all.
Source

There are also complaints regarding the volume of the speakers. More specifically, users report that in the maximum volume the quality is good, but when lowering there the volume is reduced too much.

If there is any new development in this matter in the coming days, we will update this article. You can also check the issue/bug tracker dedicated to the Google Pixel 6 and Pixel 6 Pro.

11:06 am (IST): Google support is asking users who are facing issues with the microphone to try out the troubleshooting steps provided in this official guide.

Hi Cheryl, we apologize for the delay in response. Could you try the troubleshooting steps from this guide? https://goo.gle/2LIYmkM Let us know if that helps. (Source)

One individual confirmed that the steps did resolve the problem for them. Therefore, we’d suggest giving it a shot as well.

I have performed all the steps and I believe the issue has resolved. Just need to double check today (Source)

12:05 pm (IST): The December 2021 update is rolling out to Pixel devices and Google says that this build includes a fix for the issue causing microphone to cut out during calls in certain conditions.

06:40 pm (IST): December update for Pixel 6 is now available and it brings fixes for microphone not working issue. Users likely won’t encounter this issue after updating to the latest version.

Fix for issue causing microphone to cut out during calls in certain conditions *[1]. (Source)

07:26 pm (IST): As we know that Google has paused December update for Pixel 6 and it will be available until the end of January.

This patch was supposed to fix the Microphone issue, but now that it’s been postponed, users will have to wait until then, or else they can also sideload the December update.

10:57 am (IST): The January 2022 patch for Pixel 6 phones brings a fix for microphone issue. So, the issue should get fixed after installing this update.

Fix for issue causing microphone to cut out during calls in certain conditions. (Source)

05:59 pm (IST): This issue seems to persist even after the January update. And some users are now reporting (1, 2, 3) that they were able to fix the microphone issue by blowing into it.

And since it gets fixed after blowing into the mic, it’s likely a hardware issue rather than a software bug.

04:54 pm (IST): A product expert on the Google forum suggested the affected users to directly report this issue to Google and here’s how they can do it.

This is irritating since adjusting the volume slider doesn’t make any difference and the audio is annoyingly loud anyway.

Fortunately, there is a workaround that resolves this issue, at least for some users. For what it’s worth, you can give it a try and see if the issue gets resolved.

This finally worked for me:

– Open the Phone App like you are going to make a call
– Press the 3 Dots Upper Right (settings)>Accessibility> Hearing Aid and turn it off.
– If it is off, turn it on and off. (Source)

01:52 pm (IST): Here’s another workaround for the issue where call volume is too loud even at the lowest setting. You can try this simple workaround and see if it helps.

I’m experiencing the same issue, I have however found a “work around”. Adjust the volume to it highest then back to it lowest and the volume goes down. The issue is the very next phone call it is back to 100% even though the slider is still set low. (Source) 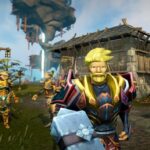